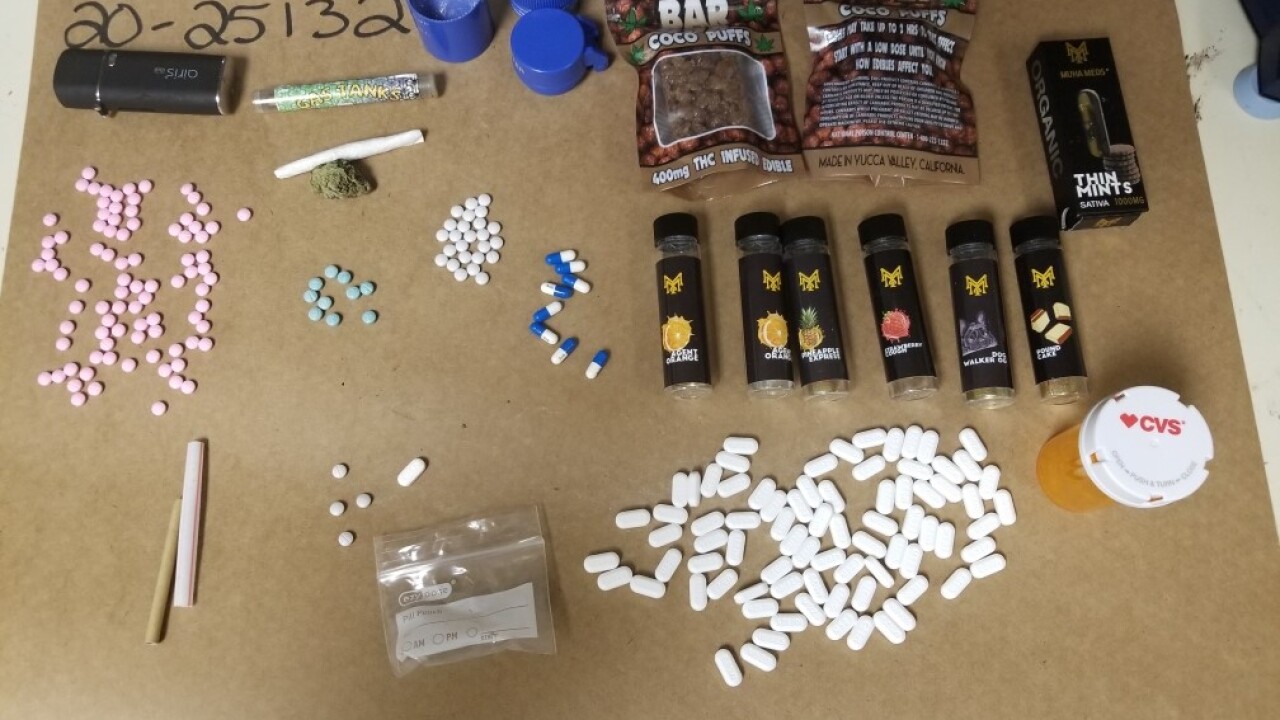 RACINE — The Racine County Sheriff's Department has taken a 57-year-old man into custody after they found various drugs in his vehicle.

The man was traveling southbound on I-41 near STH 11 around 10:45 p.m. when police noticed him deviating from his lane.

Deputies conducted a traffic stop and discovered various drugs inside his vehicle. They then asked the man to get out of the vehicle and saw signs of impairment.

The suspect took a field sobriety test and was then arrested for operating while under the influence, 2nd offense.

After searching the vehicle, deputies found the following items:

The man was transported to the Racine County Jail and is being held on the following charges: