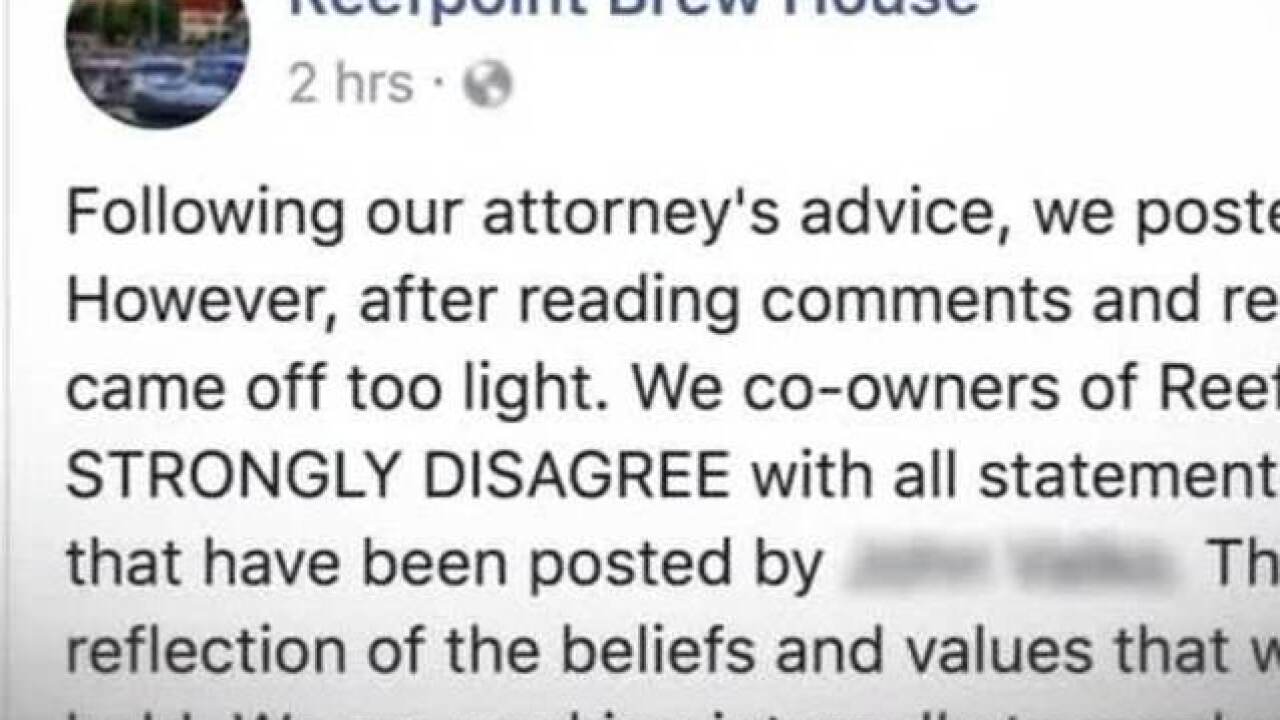 RACINE, Wisc. -- The co-owners of a popular Racine restaurant are distancing themselves from a controversial statement posted Facebook stating NFL players who kneel during the national anthem should be executed.

The Racine Journal Times reports  that one of the owners of the Reefpoint Brew House, posted the following statement on Facebook Tuesday evening:

"Kill the idiot players. Execute them. They are nothing but garbage. The league is screwed up if they think it is their right. It is their duty to respect our country and our flag. They should go kneel in front of a freight train. Shame on these stupid misfits of society. They need to die."

The post was deleted off the Facebook page, but multiple screenshots are still circulating on social media.

Shortly after, the other owners of the restaurant apologized on Facebook and stated "they are doing everything internally to disassociate ourselves and our business" with the co-owner.

Patti Landreman, a business partner at the restaurant, says they’ve been getting a lot of negative backlash.

“It’s sickening, I have a pit in my stomach, I can’t believe he would say that kind of stuff, and it's not okay with our business at all,” she said.

The restaurant owner did not respond to The Journal Times’ request for comment.