Puppy killing disease on the rise in southeastern Wisconsin 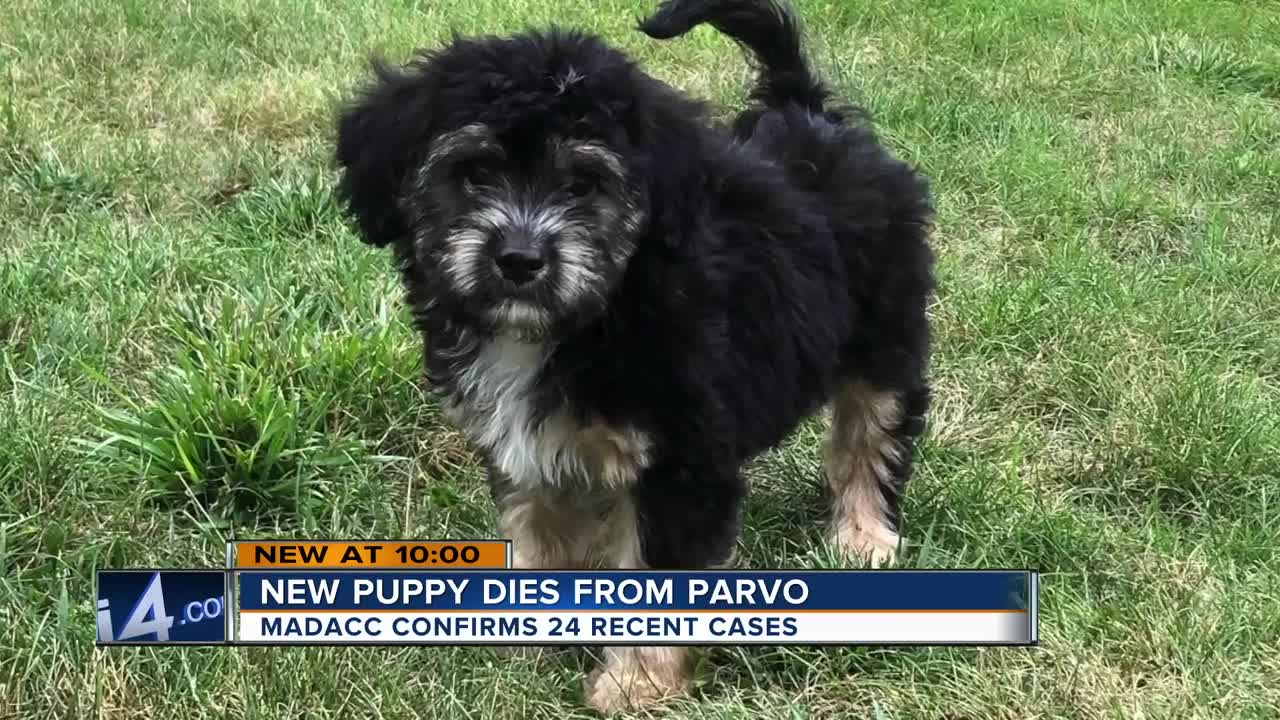 A puppy killing disease, called parvovirus, is on the rise in southeastern Wisconsin.

A disease that kills puppies on the rise in southeastern Wisconsin. The Milwaukee Area Domestic Animal Control Commission, known as MADACC, has seen 24 parvovirus cases in just over a month.

In one of those cases, a family bought a puppy in mid-August from an unlicensed breeder they found on Facebook. The seller of West Allis claimed the dog was up to date on vaccinations but sadly that proved not to be the case.

Natalie Carlson thought bringing this Yorkie puppy, named Pepper, home to her three sons would fill them with joy. Eight days later they were devastated.

"Shortly after we got the puppy home she started throwing up, she had no appetite," Carlson said.

Carlson called the vet who said to bring Pepper in immediately. Tests confirmed she had a deadly disease called parvovirus.

"They said her organs were shutting down and there was nothing else they could do to save her," Carlson said.

Carlson and her family had to put their dog down. Pepper is one of two-dozen confirmed parvovirus cases MADACC has seen in the past several weeks.

"It is passed through feces from one dog to the next dog, and it can be passed on shoes. It can be passed from human to dog," explained MADACC Outreach Coordinator Kathy Shillinglaw.

Carlson said the ordeal cost her family $1,500 between purchasing Pepper and paying for her vet bills. Since she hasn't been able to contact the seller, she's turning to West Allis police.

"The trauma that my children experienced was awful," she said.

Carlson said the terrible experience doesn't end there. Her vet said they shouldn't bring another dog home for at least a year because that's how long parvovirus can live inside their home and yard.

Symptoms include vomiting, diarrhea and lethargy.

For more information on prevention, treatment and symptoms, click here.