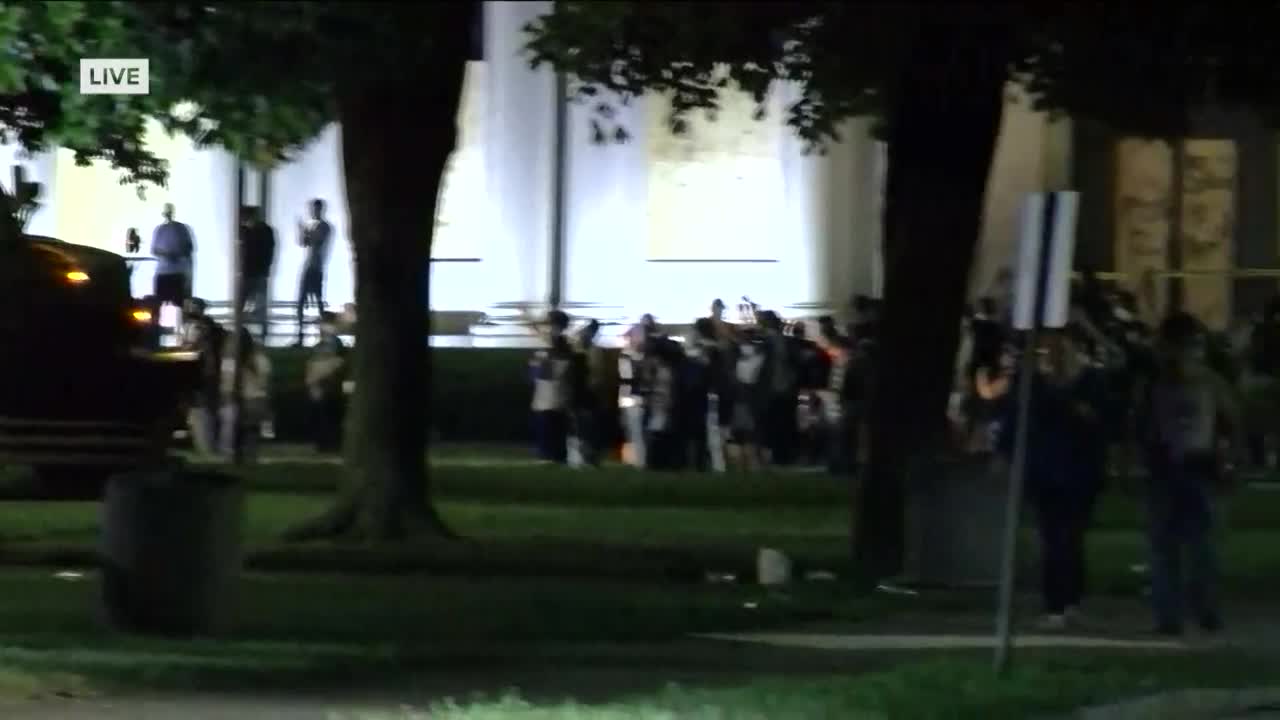 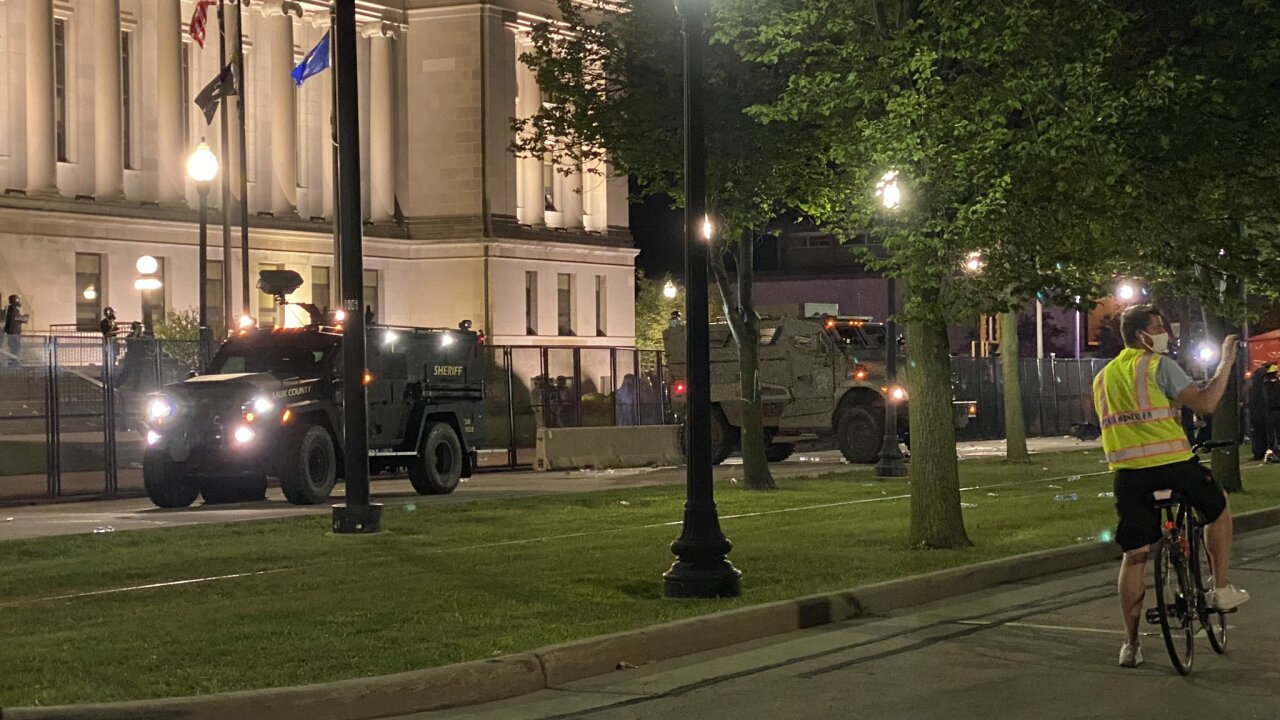 KENOSHA — UPDATE 12:59 A.M. -- Protesters remain in Kenosha after an 8 p.m. curfew despite shots being fired and police actively trying to convince people to go home. A car was set on fire near 63rd and Sheridan presumably sometime after midnight.

More damage outside of a car mechanic shop near 63rd and Sheridan.

A car is on fire.

This is across from Froedtert South where we hear a shooting victim was taken. pic.twitter.com/FFBvSGuRJc

UPDATE 12:55 A.M. -- There has been no official update given by law enforcement as to what caused the shooting, the status of the injured, or how many people were involved. Several graphic videos have been circulating online that show people with what could possibly be gunshot wounds. However, we will not post those videos and are looking to confirm more information.

UPDATE 11:55 P.M. -- Gunshots could be heard near the corner of 60th and Sheridan in Kenosha. A few dozen protesters were standing next to a nearby gas station when it happened. It is unclear who fired the shots and if anyone was injured. Police quickly flocked to the area and attempted to further disperse the crowd. Many did leave however a few lingered. Police could be heard saying, "you're not helping, you're hurting."

SHOTS FIRED: Police have just said “gunfire ahead” south of 60TH and Sheridan in #Kenosha.

This was moments before the shots. Warning, language. pic.twitter.com/Xd9BwG40qI

For three straight nights, protests have broken out in Kenosha over the police shooting of Jacob Blake.

Just before 10p.m., several dozen law enforcement officers aided by armored cars started to clear around a hundred protesters from outside the Kenosha County Courthouse at Civic Center Park.

For over two hours, the protesters had gathered outside the protest, calling for reform. Law enforcement could be seen spraying tear gas at the protesters, while protesters lobbed cans and other items at the officers, donning protective equipment.

This comes after the City of Kenosha issued an 8 p.m. curfew for the third night in a row and after Governor Tony Evers announced an increased presence of the Wisconsin National Guard. The Kenosha County Sheriff's Department said law enforcement from around the state were coming to Kenosha to respond to any unrest.

Governor Evers also declared a state of emergency due to the unrest in the city.

Early in the evening two groups of protesters were facing off against one another. One group was there demonstrating against the police shooting of Jacob Blake while the other was there to protect buildings from being damaged.

A group of groups are clashing near the courthouse. Some are here to protest for #JacobBlake others say they are here to protect the city and businesses from looting. It’s now a peaceful back and forth. @tmj4 pic.twitter.com/XZKgvF13UY

For the second night in a row, all exit ramps into Kenosha County were blocked off to prevent more people from coming into the city.

Earlier in the day Tuesday, Jacob Blake's family held a press conference to discuss his condition and the protests happening in Kenosha.

Blake's mother said the destruction in the city does not reflect her family or her son and said that if Blake knew about what was going on in the city, he would not be pleased.