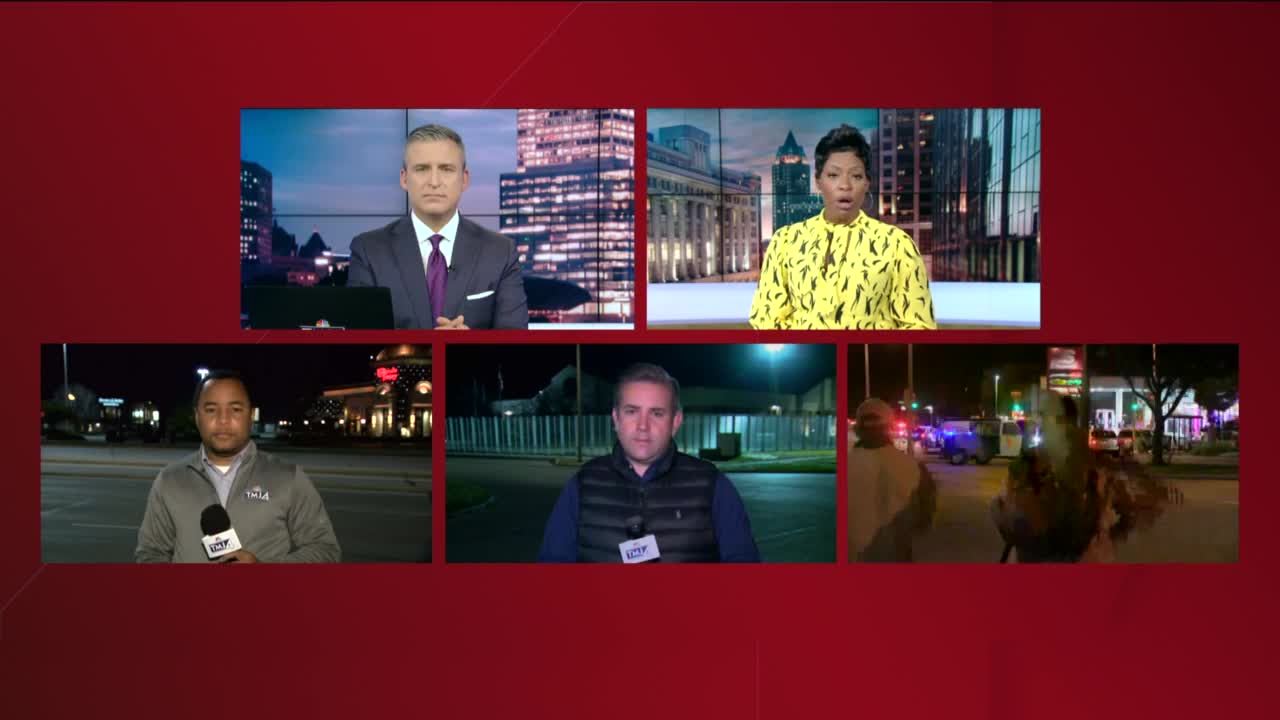 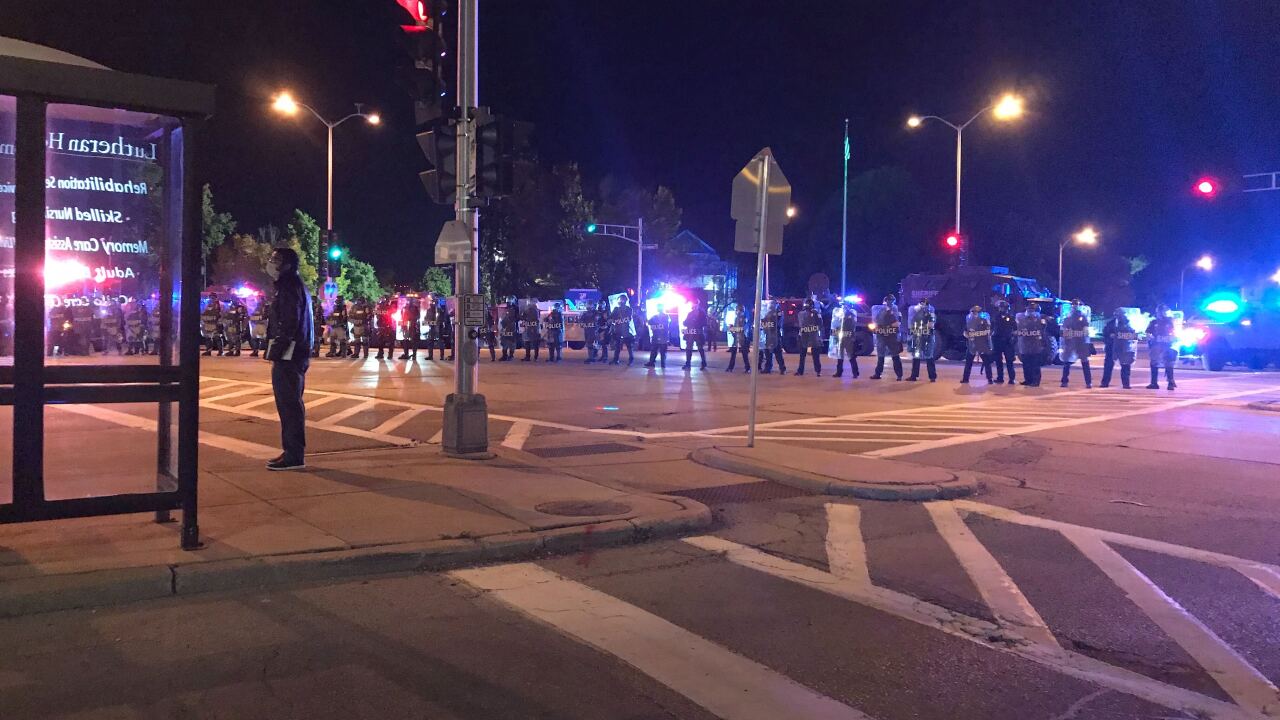 WAUWATOSA — Protesters have taken to the streets following the Milwaukee County District Attorney's decision to not charge police officer Joseph Mensah in the death of Alvin Cole.

A long line of law enforcement in riot gear faced off with a group of protesters just before 9 p.m. Wednesday near North and Wauwatosa avenues.

Just after 9 p.m., Wauwatosa police posting to social media saying its officers and members of the Wisconsin National Guard have established a perimeter around Wauwatosa City Hall. "An unlawful assembly has been declared and announced," the department wrote in the post.

Several minutes later, Wauwatosa police tweeted about reports of windows being broken at businesses along North Avenue between Wauwatosa Avenue and Swan Bl.

Around 9:30 p.m., Wauwatosa police tweeted that people in a group are throwing large rocks at law enforcement and buildings, in the area of Swan Bl and North Avenue. "Residents in this area are advised to shelter in their homes, lock their doors, and move away from windows," according to police.

WPD added that the group of people was ordered to disperse due to the curfew, but has refused, according to police.

Just before 10 p.m., Wauwatosa police said its police officers have deployed gas on protesters, who they say have not dispersed after an unlawful assembly was declared. Just before 11 p.m., police said officers used tear gas a second time against the crowd.

Earlier, following the announcement regarding Mensah, dozens of protesters marched onto the interstate. Law enforcement closed down several lanes along the interstate to allow their safe passage.

BREAKING: Damage reported along Swan and North. Glass left behind as business owners repair. The sting of tear gas still lingers in the air. @tmj4 pic.twitter.com/K0kc0BNKFU

Crowd marching west on North about to meet this line of police at Wauwatosa Ave pic.twitter.com/6TuT7qC95a

Following district attorney’s decision to not charge Mensah protesters marching through downtown Milwaukee. Caravan of cars include some with the back license plate covered. pic.twitter.com/hbigTD2I2Z

Mensah shot and killed Cole on Feb. 2 outside of Mayfair Mall. Police said the 17-year-old had fired at officers first before being shot. A report from an independent investigator found, however, that "Cole did not fire at Officer Mensah or any other officer. Cole shot himself in the arm while running away from the officers.”

The fatal shooting was Mensah's third in the past five years; the two previous shootings were ruled justified as well.

Mensah shot and killed Antonio Gonzales in 2015 and Jay Anderson Jr. in 2016.

Mensah was suspended with pay from the Wauwatosa Police Department pending the investigation.

City Hall closed early on Wednesday ahead of the district attorney's decision, and the school district switched all classes to virtual instruction. Law enforcement officials said they would be prepared if any unrest occurs in the wake of the decision.