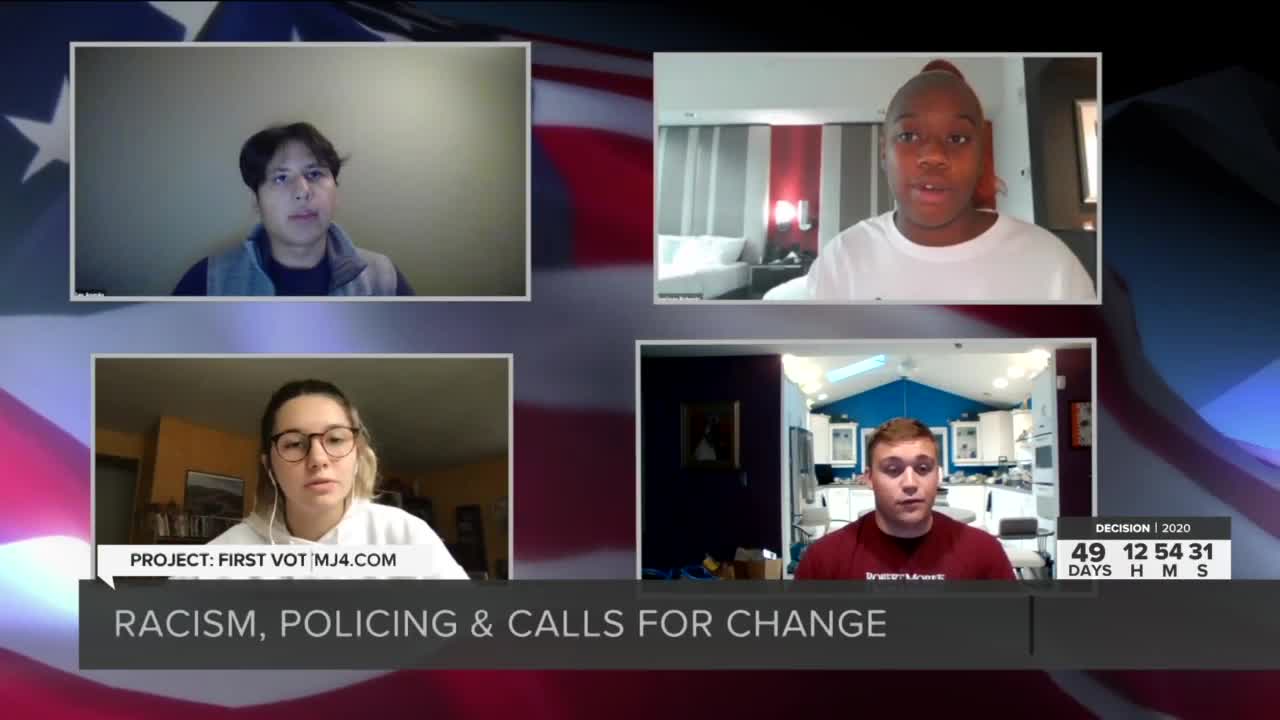 It has been a turbulent presidential election year for our four first time voters.

Sherlean Roberts, Alan Angulo and Riley McAdams are all going to Marquette University - Hunter Acton is at Robert Morris University in Illinois.

First, it was the pandemic, now it's the protests in Milwaukee, Kenosha and around the country that has generated a renewed conversation about racism, policing and calls for change.

Angulo says the protests prompted him to learn more about the issues.

"Well, I see people who are like really struggling for you know their rights, essentially, you know. I don't think there's any other group here in the United States that even like compares to the amount of, you know, fear that they live in, in a day to day basis over the police right," he says.

McAdams says racial injustice was already on her list of concerns going into this election. The political science major participated in the Milwaukee protests this summer.

"The only thing that came to my mind was just how incredibly powerful these protests are and how many people Are behind the movement. And how many people are ready to make a change.
But what does change look like?" McAdams says.

President Trump visited with Kenosha a law and order message while visiting business destroyed by the burning and looting after the shooting of Jacob Blake.

But Roberts isn't confident change is coming. The engineer major says too many Black lives have been lost at the hands of police.

"It's not being heard is not being heard at all, because if you look up every few months is another death and it's starting to become the new normality," said Roberts. "We start to normalize the fact that police officers are killing black people like it's not a surprise or shock. And I think that's the most frightening thing about it."