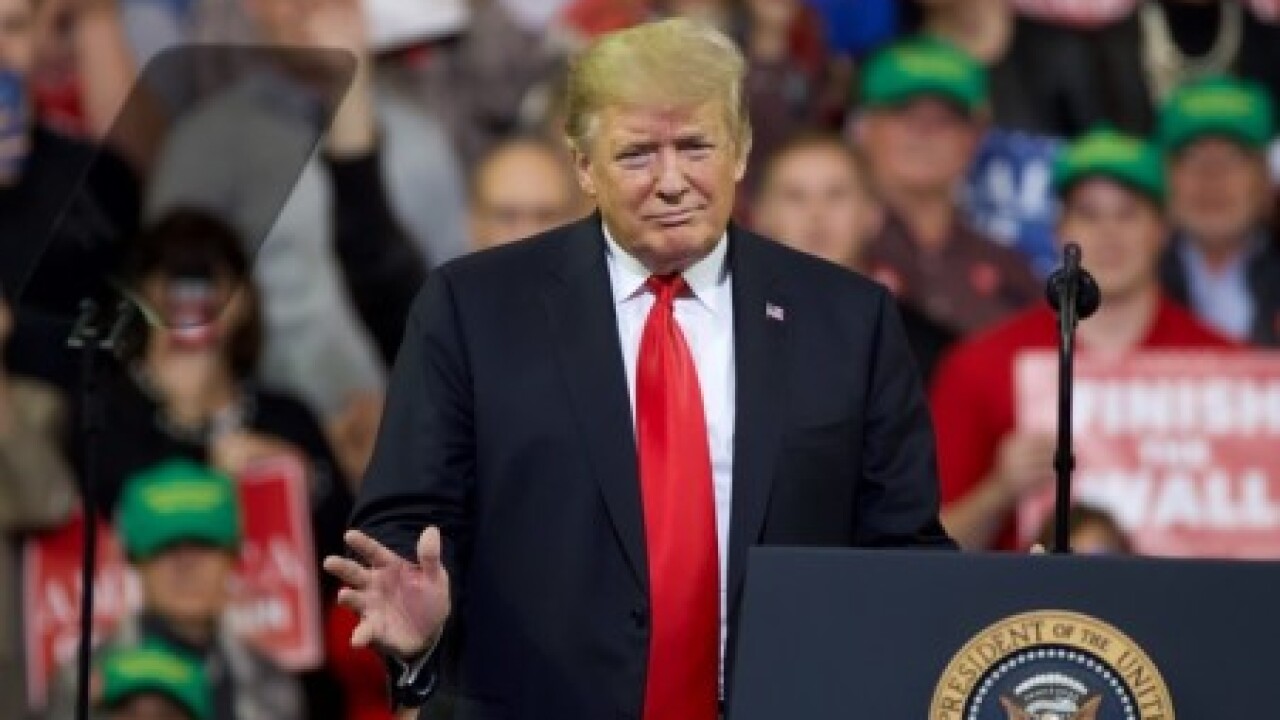 WISCONSIN — President Donald Trump is leading all potential Democratic candidates in Wisconsin, according to a new poll.

This new poll was conducted between Feb. 12 and Feb. 18, prior to the Wednesday's Democratic debate, by Quinnipiac University. This poll showed the president leading every Democratic candidate by between 7 and 11 percentage points in Wisconsin.

Former Vice President Joe Biden and Senator Bernie Sanders are currently the closest candidates to President Trump, both behind by seven percentage points.

Michael Bloomberg, who recently joined the race and took part in his first debate, trails behind the president by eight percentage points. Bloomberg is in a virtual tie with former South Bend Mayor Pete Buttigieg.

Additionally, in Wisconsin, President Trump has a double-digit lead over Senators Elizabeth Warren and Amy Klobuchar.

The president appears to be gaining ground in Wisconsin, however the poll found him trailing Democrats in other swing states including Pennsylvania and Michigan.