Which presidency has experienced more mass shootings: Obama or Trump? 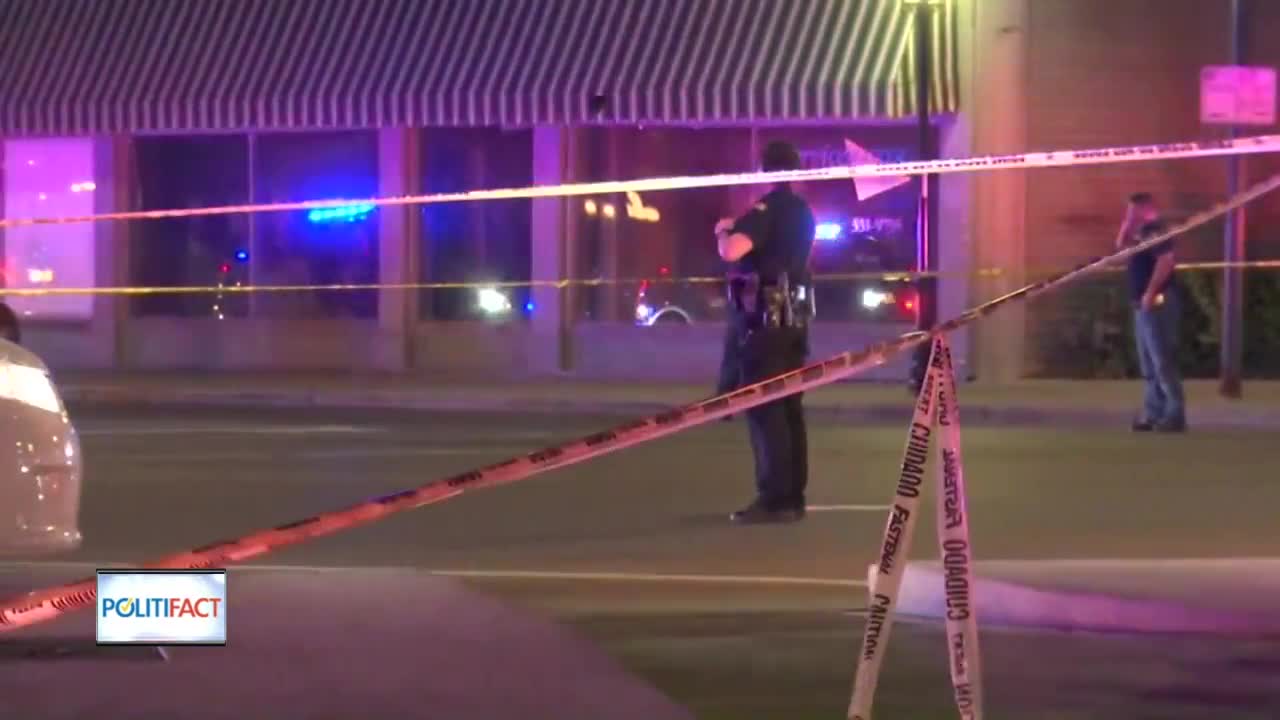 As the gun debate heats up, fingers begin to point at different politicians and groups. One of the debates is which president is responsible for more mass shootings. Politifact Wisconsin takes a deep dive to analyze those numbers.

As mass shootings are back in the news, so is the finger pointing by political parties. Back-to-back shootings in El Paso and Dayton have the country wondering what is going on and is there someone to blame.

Wisconsin lawmaker Rob Tusler said on a since deleted Facebook post that there have been fewer mass shootings under Trump than Obama. He claimed there were 24 over the eight year Obama administration compared to four under President Trump's two and a half year presidency.

Politifact Wisconsin says that analysis isn't even close to accurate.

Using numbers from the Washington Post that classify mass shootings as at least four people being shot and killed, Politifact Wisconsin found that number of mass shootings during the Obama era was higher but the ratio of shootings per year was lower.

There were 41 mass shootings during the eight year Obama administration. So far during Trump's presidency there have been 20. That means there were about 5.1 mass shootings a year when Obama was president compared to roughly 7.9 a year under Trump.

Politifact Wisconsin finds the claim made by Representative Tusler to be very false.