Putting crime data from the 53206 zip code in context 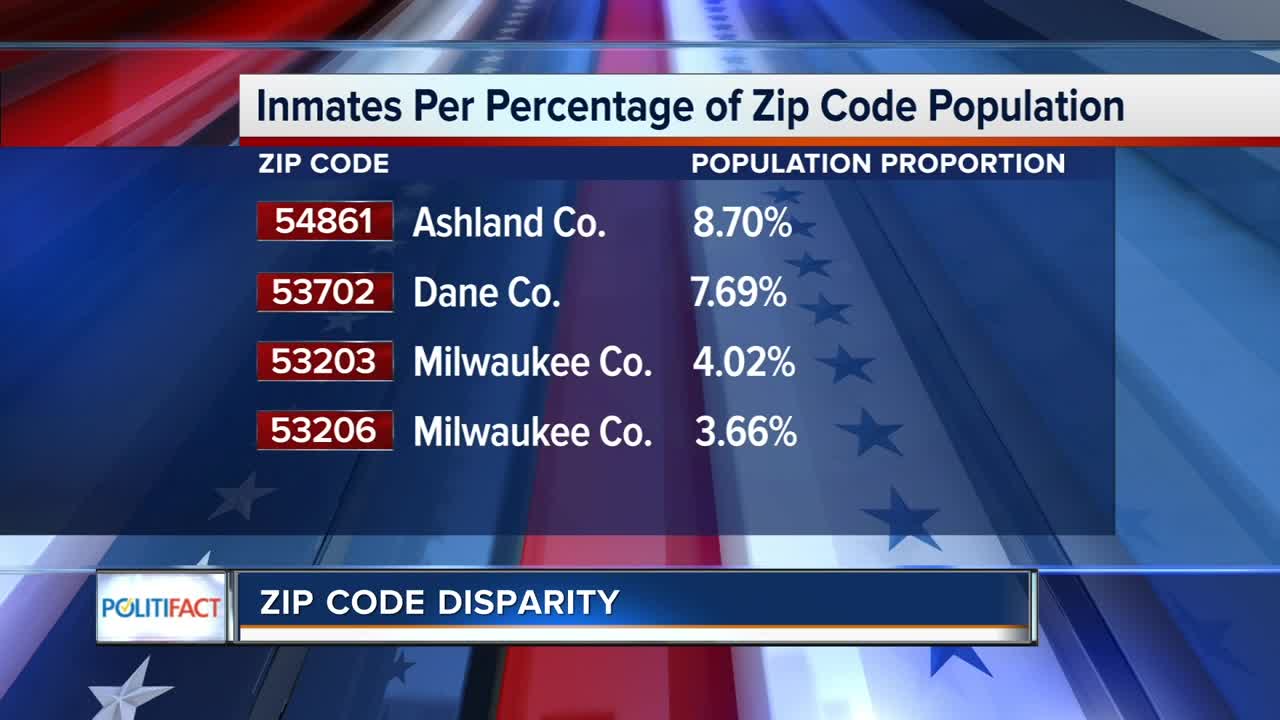 Adding context to the crime data from the 53206 zip code in Milwaukee.

MILWAUKEE — There is one zip code in Milwaukee that politicians often use to make a point about crime, education, or the challenges facing the city.

But does it distort what's happening in that neighborhood? PolitiFact Wisconsin checks out the numbers.

The Milwaukee Zip Code 5-3-2-0-6 has been the subject of documentaries after gaining the reputation for the high number of residents in prison.

Wisconsin looked at the Department of Corrections numbers. The 53206 claim grew out of 2013 report by UWM professors who looked at Workforce Development.

"If you look that strictly by raw numbers 53206 comes out on top but that doesn't account for they face that its such a large densely populated zip code," said Borowski.

But look at what happens when you look at the number of inmates based on a percentage of zip code population - 53206 drops to fourth - a zip code in Northwest Wisconsin Ashland County is number one.

So what's the bottom line?

"Be wary when you hear claims like this that are so stark and certain because there's often a lot more nuisance to it," said Borowski.

PolitiFact Wisconsin did not rate this claim but wanted to provide context to the incarceration numbers.