Sen. Ron Johnson claims small businesses make up over half of state's workforce 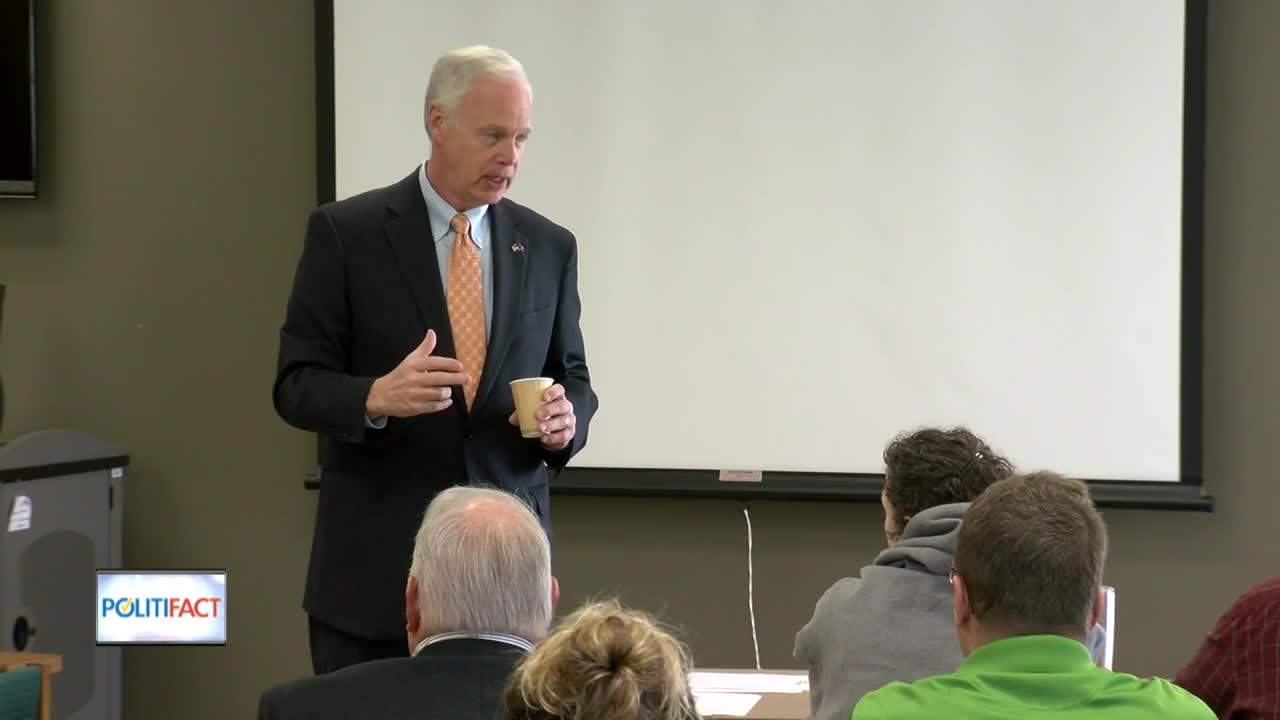 Sen. Johnson says the jobs add up to 1.2 million workers.

When do Wisconsin's small businesses make big news? When U.S. Sen. Ron Johnson sends out tweets talking up jobs and the economy.

Before he jumped into politics, Sen. Johnson started up a business in Oshkosh, so when he dropped some stats on Twitter about Wisconsin's economy during National Small Business Week, it caught PolitiFact Wisconsin's attention.

"His claim was made on Twitter that 99% - more than that number of businesses in Wisconsin are small businesses and they employ nearly half of the entire workforce in the state," said Greg Borowski with the Milwaukee Journal Sentinel.

That's a lot of businesses and workers. Johnson says the jobs add up to 1.2 million workers.

PolitiFact Wisconsin turned to the Small Business Administration to verify the numbers.

"The small business administration tallies it out and does say that more than 99% of these businesses are small businesses," said Borowski. "And, they account for 49.9% of all workers in the state."

But PolitiFact Wisconsin says there's one caveat in the SBA's definition of a small business.

"The wrinkle on that is what they consider a small business is a company or operation with 500 jobs or fewer," said Borowski. "So it's not the mom and pop store down the street or a startup somewhere. These are pretty significant operations."