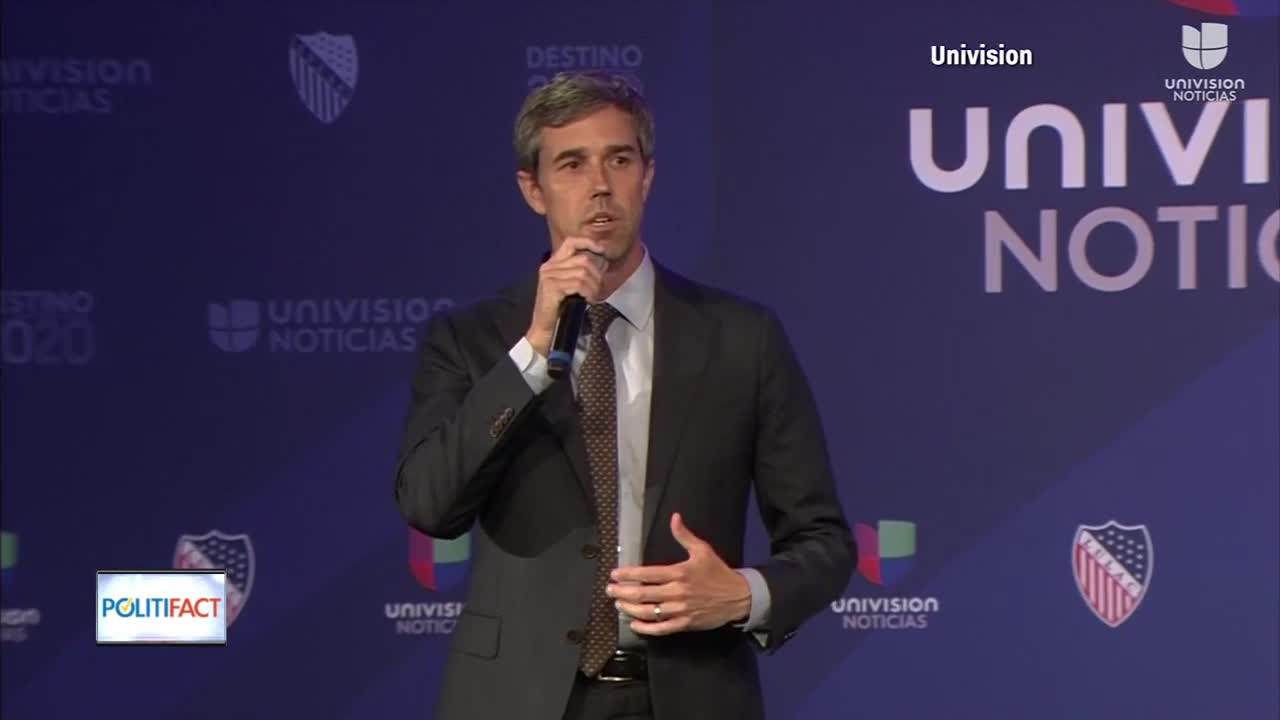 PolitiFact Wisconsin with the Truth-O-Meter on a claim from presidential candidate Beto O'Rourke. Charles Benson has more.

Democrats have been vocal about migrant detention camps, but is the situation worse than Japanese internment camps during World War ll?

PolitiFact Wisconsin used its Truth-O-Meter on a claim from presidential candidate Beto O'Rourke.

The former Texas congressman talked about the migrant situation during LULAC's convention in Milwaukee. It is the largest Hispanic civil rights group in America.

"He said the U.S. is incarcerating more children now then they have at any time since World War II Japanese internment camps," said Eric Litke of PolitiFact Wisconsin.

After the Japanese attack on Pearl Harbor in 1941, President Franklin Roosevelt ordered people of Japanese descent — both citizens and non-citizens moved to internment camps — for "security concerns."

Some estimates suggest up to 60,000 children were impacted.

"U.S. Customs and Border Patrol reports they've apprehended about 64,000 children at the border through June of this year, though not all of them were sent to migrant camps," said Litke.

But PolitiFact Wisconsin said the situation with migrant children is different, and O'Rourke's claim goes a bit too far.

"Of course, O'Rourke is referring to migrant housing as incarceration. Which is a politically charged phrase. It equates migrant housing with what's happening in internment camps when we're relocating an entire established population," said Litke.