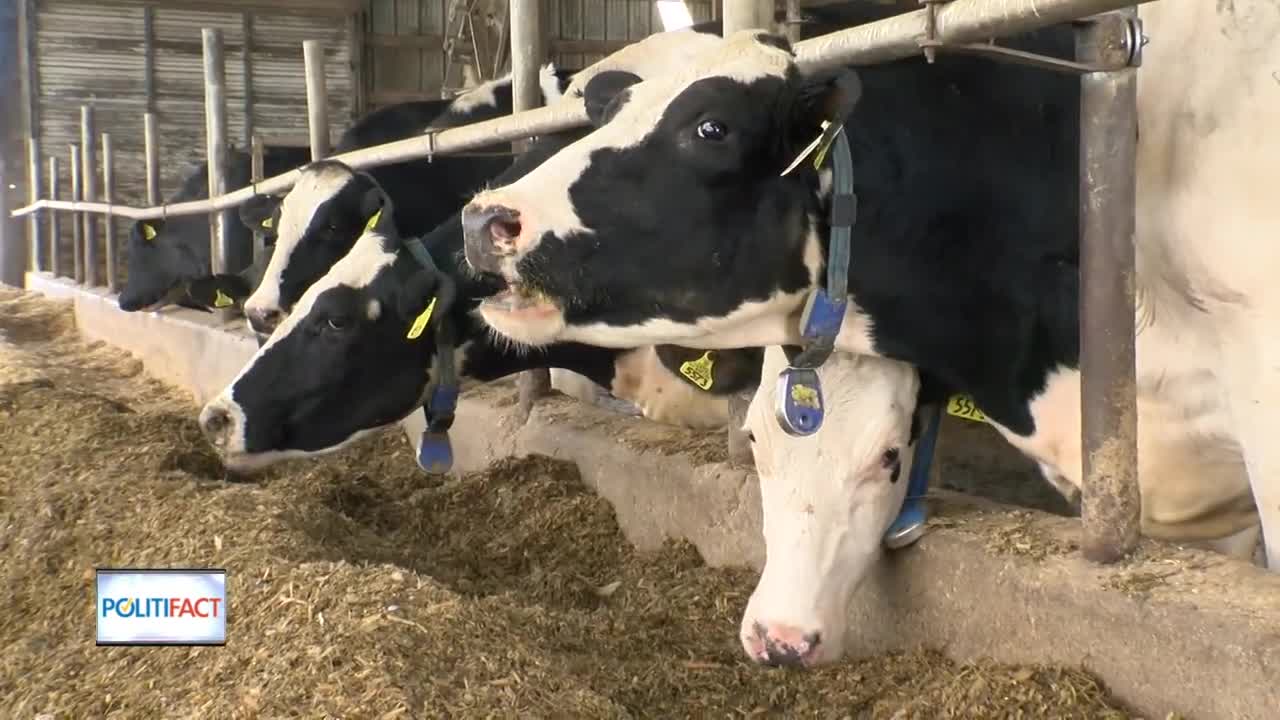 Wisconsin dairy farms are going out of business at a record pace. Democratic Congressman Mark Pocan of Madison, blames President Trump's trade wars for the drop. Is he right?

Wisconsin dairy farms are going out of business at a record pace. Democratic Congressman Mark Pocan, of Madison, blames President Trump's trade wars for the drop. Is he right?

PolitiFact Wisconsin with the Truth-O-Meter.

There's no question that Wisconsin dairy farms are struggling, the state is losing nearly two a day.

"Now, the numbers are roughly accurate," said Eric Litke with PolitiFact Wisconsin. "The number of dairy farms in Wisconsin has dropped actually by a little more than that, nearly 2000. Since Trump took office."

Let's look at the numbers.

PolitiFact Wisconsin says the state had 9,288 dairy farms two weeks after President Trump took office in February 2017. As of this month, the number is 7,337.

But hold on. There's more to this downward trend.

"Pocan is off base to blame this exclusively on Trump," said Litke. "The trend that we're looking at here and dates back well over a decade. Wisconsin has lost more than half of its dairy farms in the last 15 years alone."

PolitiFact Wisconsin says there are multiple factors behind the decline - not just trade tensions.

Congressman Pocan's claim contains an element of truth but ignores critical facts that would give a different impression. PolitiFact Wisconsin rated his claim Mostly False.