PolitiFact Wisconsin: How many jobs has Foxconn created so far? 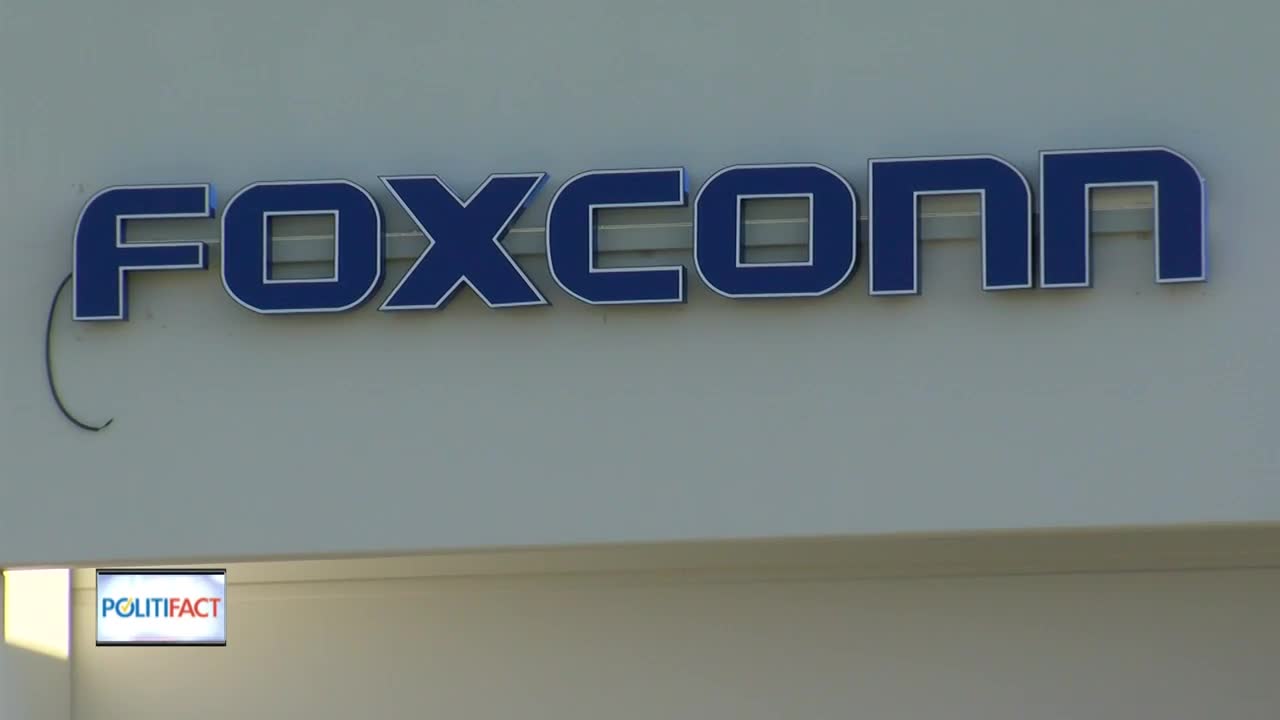 PolitiFact Wisconsin: How many jobs has Foxconn created so far?

When Foxconn's future in Wisconsin was up in the air, Republican leaders issued a statement on the impact the company has already made.

PolitiFact Wisconsin puts it through the Truth-O-Meter.

This latest claim involves the number of jobs the company has brought to Wisconsin.

"The leaders in Madison said they've already created 1,000 jobs. That raised our eyebrows, really? It hasn't even gotten too far off the ground yet," said Greg Borowski with the Milwaukee Journal Sentinel.

The company says it will build a $10 billion facility in Mount Pleasant and eventually employ up to 13,000 people.

PolitiFact Wisconsin zeros in on the 1,000 jobs claim.

"The first problem is less than 200 of those jobs are true Foxconn jobs, people who are working for Foxconn which is what the statement implied," said Borowski. "The remaining 800 plus are construction related jobs. It's legitimate perhaps to count those because they're building the plant and the facility."

But, PolitiFact Wisconsin says the problem is that's a cumulative number so that includes anybody who has worked on the construction of the building since it started.

"The statement makes it sound like these are 1000 people employed today due to Foxconn," said Borowski. "It's a much smaller number than that so we rated this claim Mostly False."