PolitiFact Wisconsin: How many African-American men are in jail for low-level drug offenses? 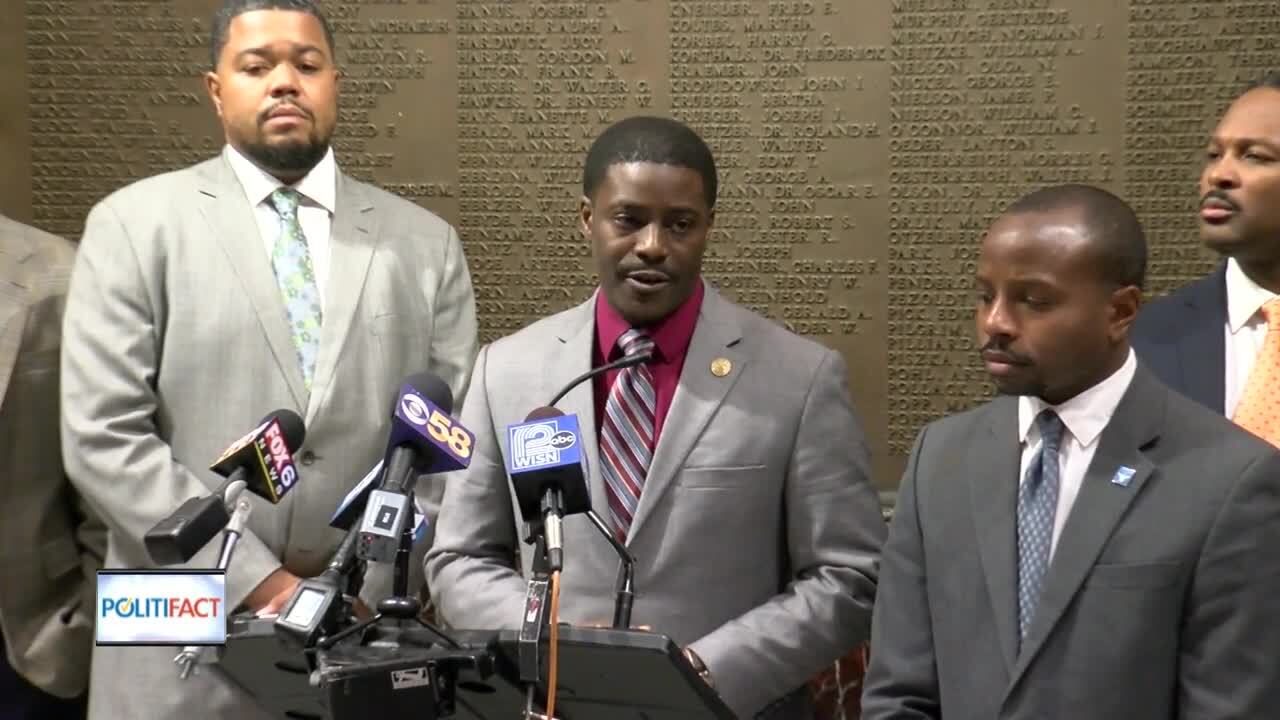 Milwaukee is already known for its high incarceration rate for African-American males. But how many are in jail for low-level drug offenses? PolitiFact Wisconsin puts one claim to the Truth-O-Meter.

The debate has already begun over Governor Evers' effort to decriminalize marijuana. State Representative and Milwaukee Democrat David Crowley made this point on the impact of Evers' plan.

"What representative Crowley said was look, my county, Milwaukee County, 40% of African American men are going to jail for low level drug offenses, and that it's something like 100 times that amount in the City of Madison," said Greg Borowski with the Milwaukee Journal Sentinel.

PolitiFact Wisconsin says Crowley was referring to a UW-Milwaukee study but he missed the mark. The study was not about low-level drug offenses.

So what about comparing Milwaukee County to Madison? Again, PolitiFact Wisconsin says Crowley was not comparing apples to apples.

"He's way off on the second point and his staff even acknowledges that," said Borowski. "So when he's comparing Milwaukee county to Madison he grabbed a number that really was a Dane County number comparing blacks versus whites within Dane County."