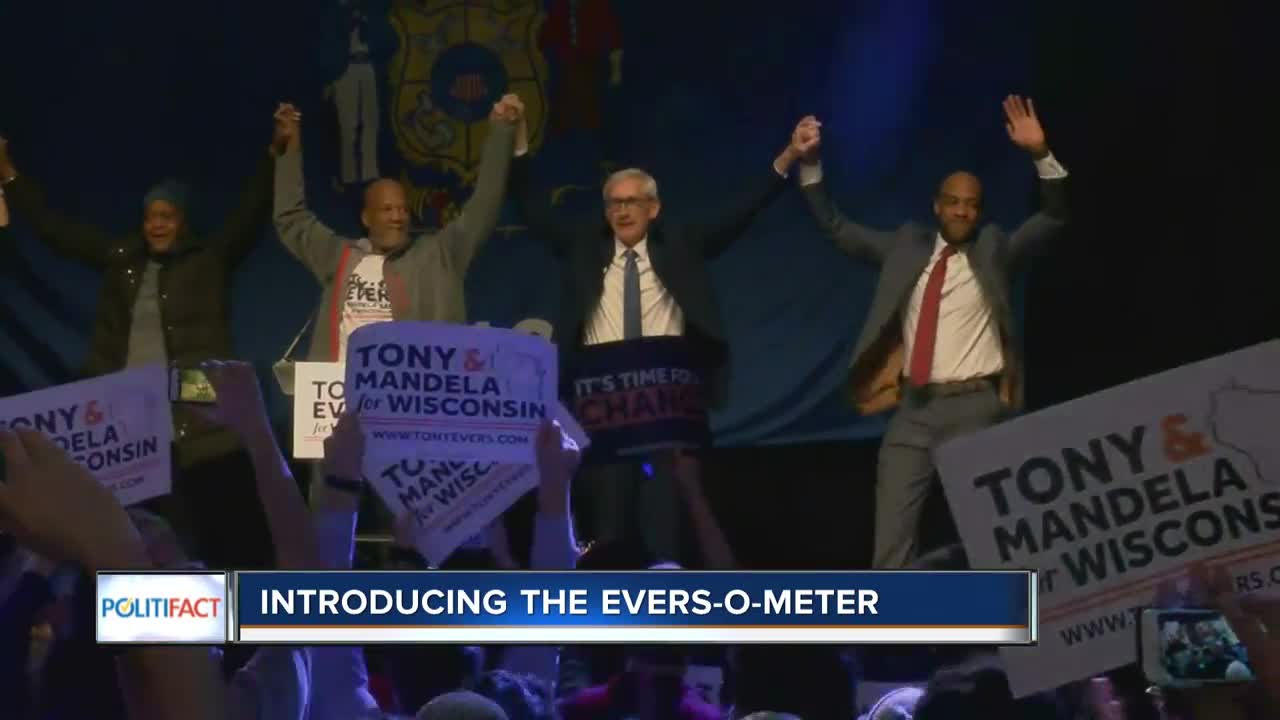 He's only been on the job less than three weeks but a new Marquette Law School Poll shows 38 percent of voters still don't know enough about Gov. Tony Evers to form an opinion but his job approval is at 39 percent.

In November, voters said they wanted a change and elected Evers as governor.

He made some big promises that PolitiFact Wisconsin will keep an eye on.

"For eight years we had the Walk-O-Meter, which measured what Scott Walker did as governor," said Greg Borowski with the Milwaukee Journal Sentinel. "Now we've launched the Evers-O-Meter which is going to track 25 different promises that Gov. Tony Evers made."

"We want to give readers and viewers kind of a good range of things that the governor promised to do," said Borowski, "and we'll tell them how he's progressing on those promises."

But voters in November also chose divided government. Evers is a Democrat and Republicans control the Assembly and Senate, and that will make it harder for both sides to deliver on campaign promises unless they work together.

"You may see things where the governor tried really hard but didn't get it done and it might be a promise broken," said Borowski. "Or, there may be some promise that he can control much more directly himself without legislative involvement and those might be a little easier for him to achieve."