PolitiFact Wisconsin: Are Wisconsin roads the worst in the Midwest? 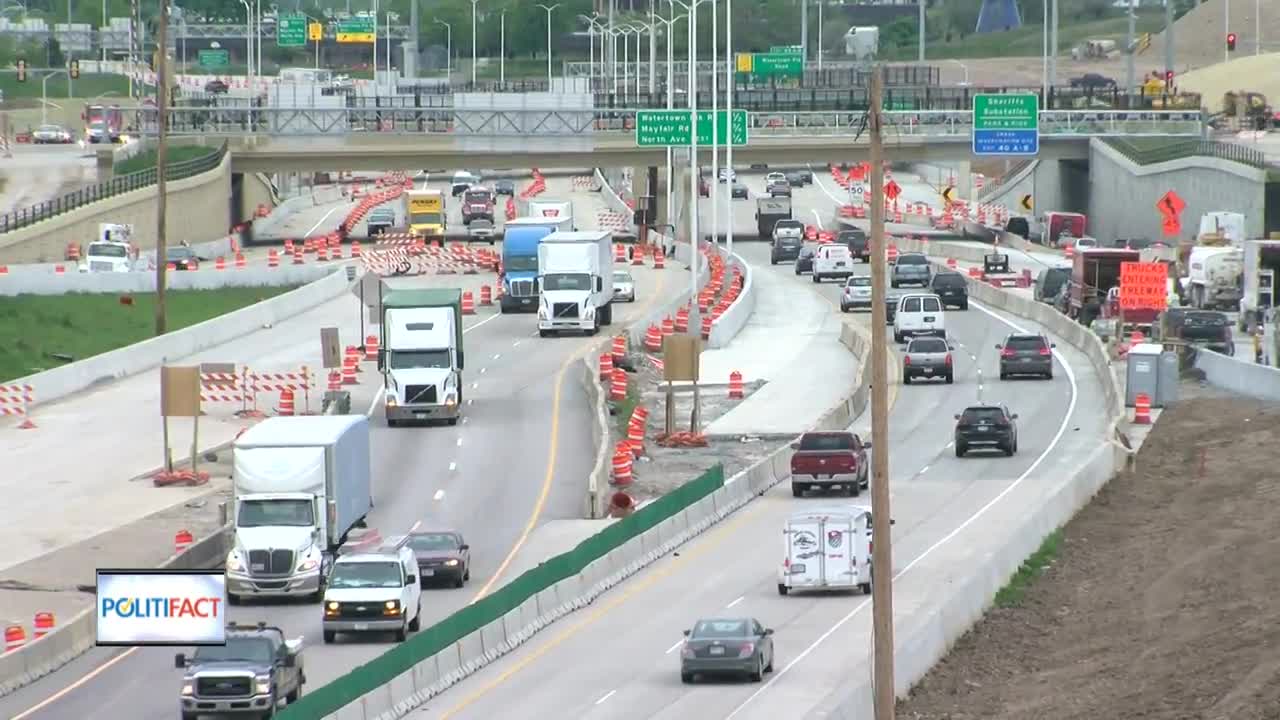 PolitiFact Wisconsin: Are Wisconsin roads the worst in the Midwest?

We all know snow and ice can be brutal on our roads and highways, just check out all the potholes.

But how does Wisconsin stack up to our neighbors in the Midwest, are we the worst?

PolitiFact Wisconsin with the Truth-O-Meter.

It's no fun driving around these days but soon the orange barrel construction season will be here.

Right now, the state is trying to figure out how to come up with hundreds of millions to pay for better highways.

PolitiFact Wisconsin says Thompson was referring to what's known as the International Roughness Index used by all states. The comparison is stark.

"The important thing was that those that they rate as in good condition, it was simply 33 percent for Wisconsin and none of our neighbors are below 55 percent," said Borowski.

PolitiFact Wisconsin says there's one caveat with the numbers, the data is dated.

"This one comes with a little bit of a catch and that is that the data being used is from 2014," said Borowski. "The audit itself was from 2017 but the data was several years old."