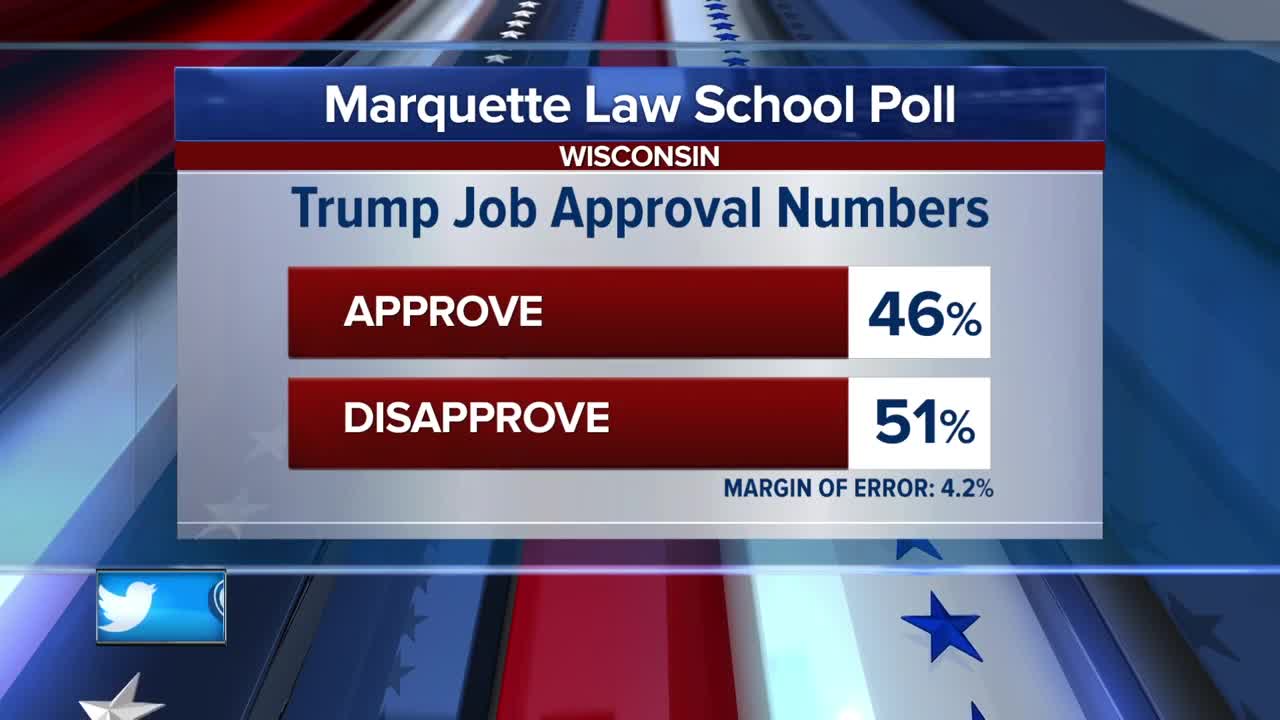 As you can imagine partisan politics plays heavily in how voters think about the issue. 92% of Republicans don't support impeachment, 88% of Democrats do.

But a key number is from independent voters, 55% oppose impeachment vs. 33% who support it.

"We are also seeing the folks towards the middle the independents who pay a little less attention politics are less in favor of hearings or a trial and removal, where as the partisans are paying a bit more attention," said Professor Charles Franklin with Marquette University's Law School.

The poll sample has a plus or minus margin of error of 4.2%.

Looking ahead to the Democratic Presidential Primary in April -- among those who say they will vote, 31% say Joe Biden is their first choice, Elizabeth Warren is at 24%, Bernie Sanders 17% and Pete Buttigieg at seven percent.

The laws allow a judge to take a gun away from people deemed to be a threat to themselves or others. 81% of those surveyed said they support the legislation. 12% oppose and eight-percent aren't sure.

"But it's not clear how that translates in support at the ballot box or more importantly if you don't support those things will they turn against you," said Franklin.