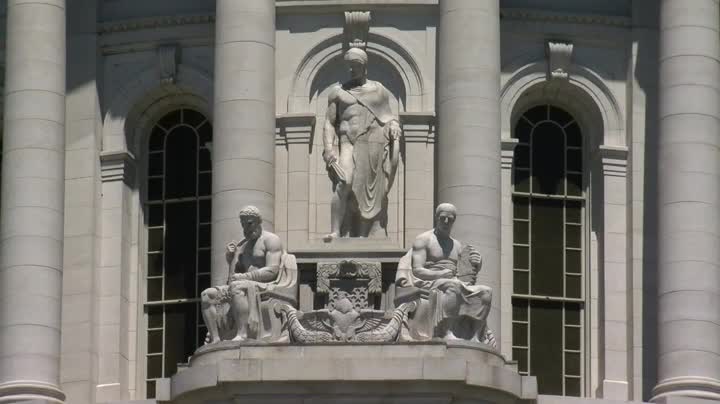 Many Democratic lawmakers are not big fans of the state's jobs agency set up under Governor Scott Walker.

Many Democratic lawmakers are not big fans of the state's jobs agency set up under former Gov. Scott Walker.

That's why PolitiFact Wisconsin was interested in a claim that suggested Gov. Tony Evers wanted to keep the Republican-appointed leader of the agency.

It's the jobs agency that helped navigate the Foxconn deal and other economic opportunities under Walker known as WEDC: the Wisconsin Economic Development Corporation. The guy running it was Mark Hogan.

"Our claim today is from state Senator Alberta Darling, a Republican who said Governor Evers asked Mark Hogan to stay on as director of WEDC because of the great job he has been doing," said Greg Borowski of the Milwaukee Journal Sentinel.

First a step back. When Walker lost the election to Evers, Republicans in the state Legislature, during a series of lame duck bills, moved to keep Hogan on the job for most of this year.

"Until September 1, Governor Evers could not do anything with WEDC," said Borowski, "and they kept control of the agency among legislative leaders and Republicans."

Darling's office suggested Evers had a chance to fire Hogan during a brief window created by legal challenges to the lame duck bills.

"They said Governor Evers had the opportunity to get rid of him in a period of time but he didn't take advantage of that window there, (so) he must have liked what Mark Hogan was doing as director of the agency," said Borowski.