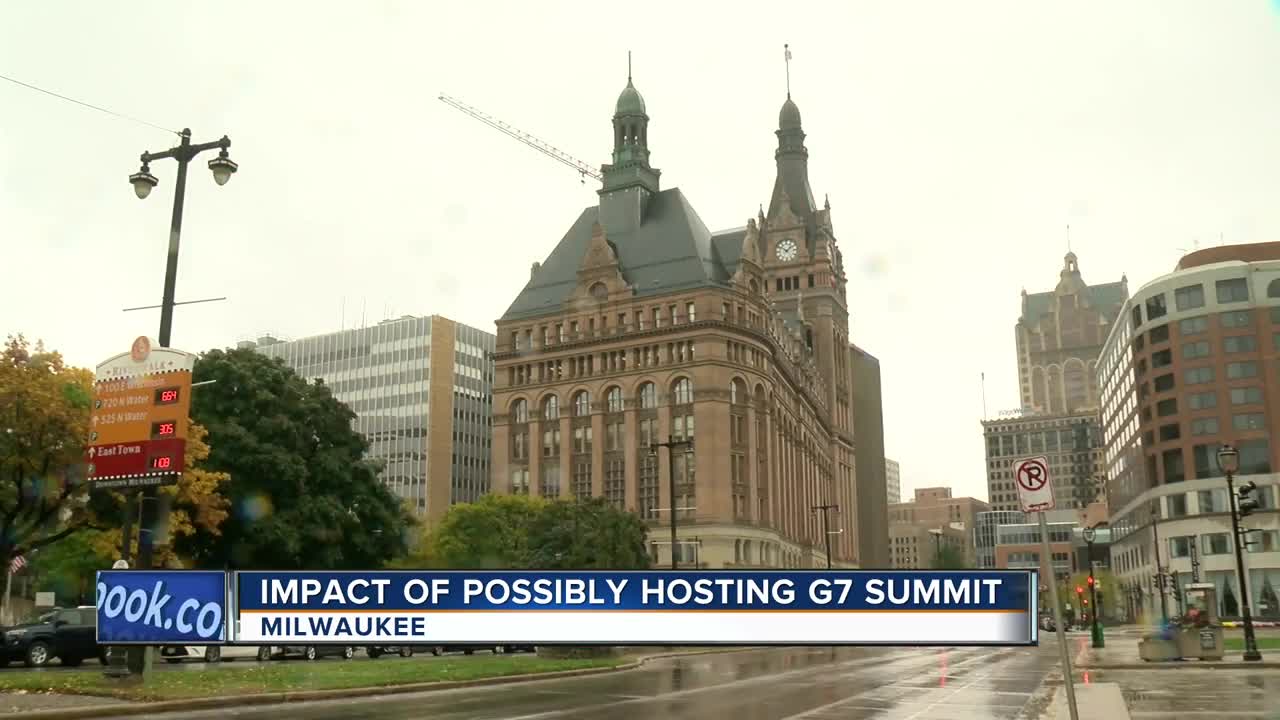 After President Trump's G7 Summit announcement at one of his properties, Mayor Tom Barrett offered up the city to be the center of international attention. 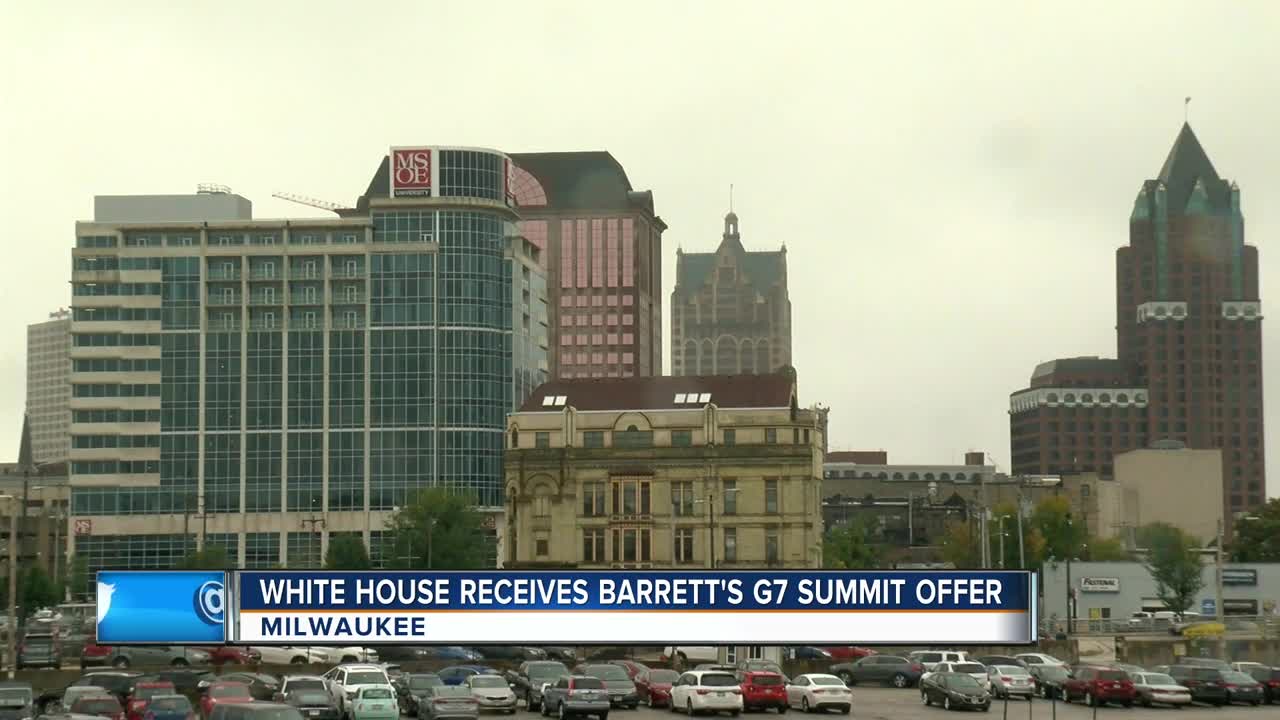 MILWAUKEE — Milwaukee could get international attention if President Donald Trump chooses the city to host the 2020 G7 Summit.

Late Sunday Mayor Tom Barrett sent a letter to President Trump asking him to consider Milwaukee for the meeting of international leaders, after the president reversed his plans to hold the meeting at his Doral resort in Florida.

The president faced backlash over his decision to hold the summit at one of his properties.

Barrett said the White House acknowledged that they received his letter, but no word yet on a response from the president.

“We’re serious about it and we think it would make a lot of sense,” Barrett said. “If he wants to take this conference out of the Washington D.C. area we’d be more than happy to host it right here in Milwaukee.”

The G7 Summit is scheduled for June 10-12, 2019, one month before the Democratic National Convention, and three months before the Ryder Cup, so security and infrastructure will already be in place.

“We’re going to have a lot of security people here anyway getting ready for the convention and it would be a wonderful opportunity to showcase our community,” Barrett said.

“I look forward to the G7 being here,” Evers said.

“I will always support opportunities for people from anywhere in the world to visit and experience Wisconsin in June – or any time of the year.”

“Milwaukee is a wonderful city that is home to diverse communities, which make it such a special place to live. I agree with Mayor Barrett. Hosting the G-7 summit in Milwaukee would be an opportunity for the rest of the world to see what the city has to offer.”

The event would draw thousands to the city.

Kristin Settle of Visit Milwaukee she knows the city could take on this kind of an event.

“We are a city rich in our cultural heritage and in our traditions so we welcome international visitors all the time,” Settle said. “It would be exciting for the City of Milwaukee to host an event like the G7 and we would be prepared.”

In the past few years the organization has gone so far as to translate its brochures and web pages into several foreign languages, including the languages of all seven countries that would be at the meeting.

The economic benefits could be huge.

According to a study by the University of Toronto in 2010, conducted before the G8 summit in Ontario, researchers estimated that meeting would bring in $300,000,000 to the area.

“People are starting to take notice that there’s something special going on here in Milwaukee and we want to keep that positive momentum going,” Barrett said.

Whatever happens, the mayor said right now his focus is still on preparing for the DNC.

TODAY’S TMJ4 reached out to Senator Tammy Baldwin and the White House for comment, but have not heard back at this time