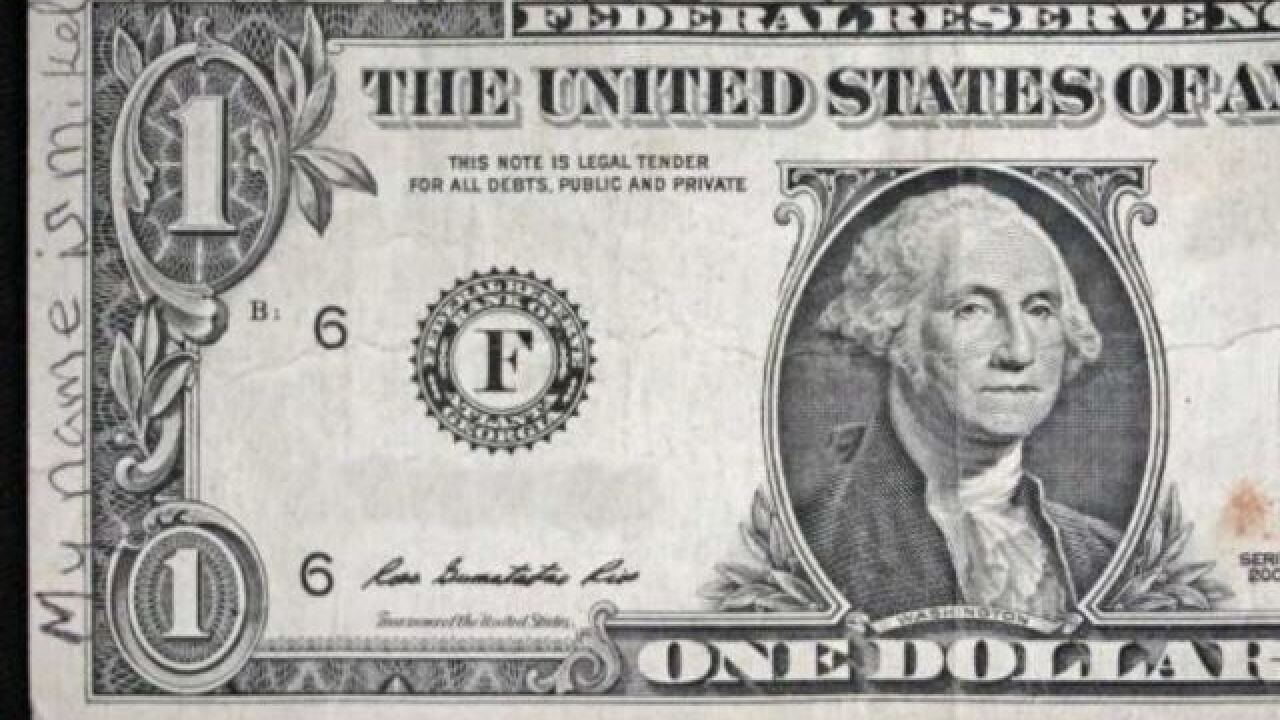 PHOENIX (AP) -- Police are investigating a new tip on the 1999 disappearance of an Arizona child after a dollar bill was found in Wisconsin with a message claiming to be from the girl.

The bill was handed over to police last week in the Wisconsin town of Neenah, The Arizona Republic reported.

A message written on the edges of the 2009 bill claimed to be from Mikelle Biggs, who went missing at age 11 in the Phoenix suburb of Mesa.

The note claims Biggs is alive, but the writing misspells her name as Mikel Biggs.

Streubel said the bill cannot be traced, and it's virtually impossible to determine how the bill ended up in Wisconsin.

"There was a little spring of hope for a second, and then reality set in," Streubel said. "There is nothing you can do with it, which is rather frustrating."

Police in Arizona were also examining the evidence, Mesa Detective Steve Berry said. Mesa police were informed of it on Monday, he said.

"We don't get a lot of tips anymore, but we occasionally do," Berry said. "We always follow up on it. We always hope that might be the one that breaks the case."

Biggs disappeared in January 1999 while waiting outside for an ice cream truck. Her bicycle was found on the street and her coins were spread nearby.

Police have conducted extensive searches, gathered hundreds of pieces of evidence and received more than 10,000 tips in investigating the case.