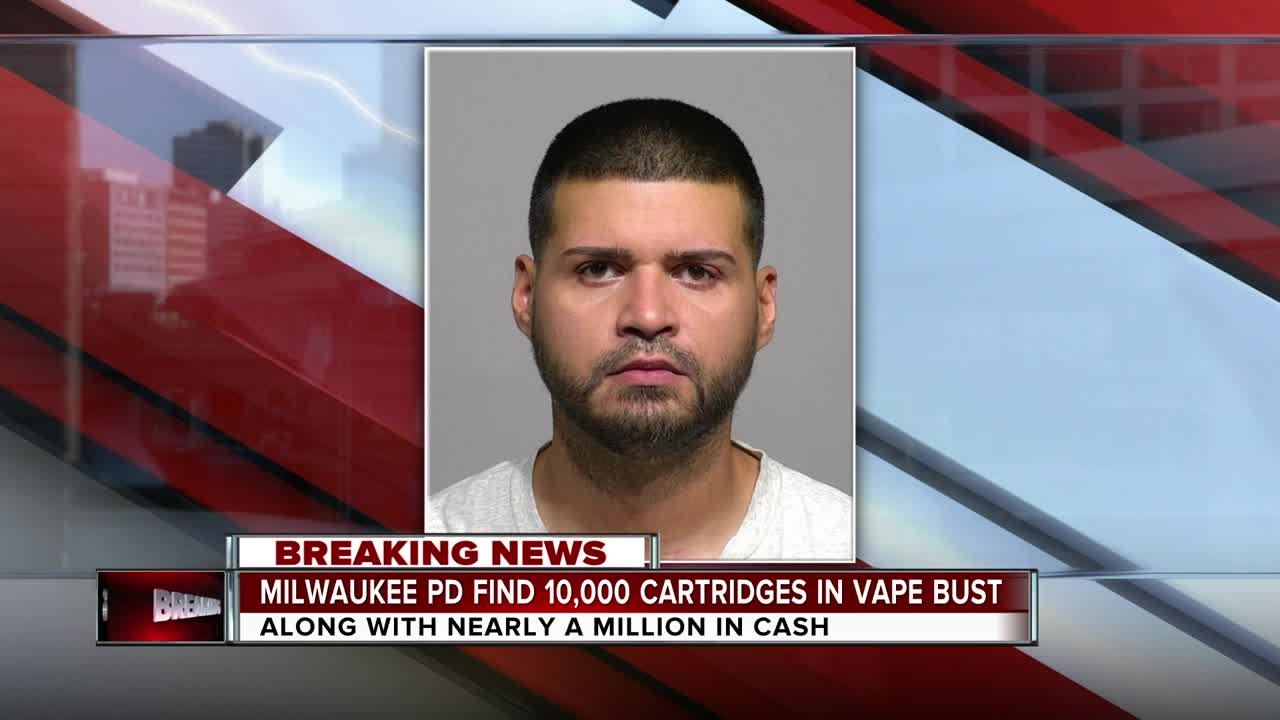 Milwaukee Police found nearly $1 million in the closet of a south side Milwaukee home in a bust of a counterfeit THC vape operation.

Milwaukee police located over 13,000 THC vape cartridges, among other THC products in a drug bust Oct. 1.

Officers issued a search warrant for the home located on Norwich Court in Milwaukee in which Govanny Molina and Amanda Ware reside.

Once inside, officers noticed an odor of marijuana and began searching the residence. In their search, they found plastic bags with different amounts of marijuana with labels such as "Blue Cookie," "P Butter," "Power Wreck" and more.

"Really didn’t know what was going on because there’s never no action going on by the house that they raided," said neighbor Roy Gustchow.

He said he found out about the news after his wife saw a crowd of police at the home.

Officers also found two storage totes containing over $400,000 each, a total of 13,509 THC vape cartridges, THC edibles, a Smith and Wesson M&P 40 caliber semi-automatic handgun and gold jewelry that was valued at over $20,000 total.

The total amount of marijuana found was over 10,000 grams including vaping and non-vaping marijuana. Excluding the vape cartridges authorities said they found close to 18 pounds of marijuana at the address.

"They were pretty cool people you know? Just drive by, say hi, wave. How are you doing? Never would’ve thought nothing funky like that going on," said Gutschow.

This case follows another investigation in Kenosha County where Courtney Huffhines and her sons, Tyler and Jacob, are accused of running a large-scale THC vaping operation.