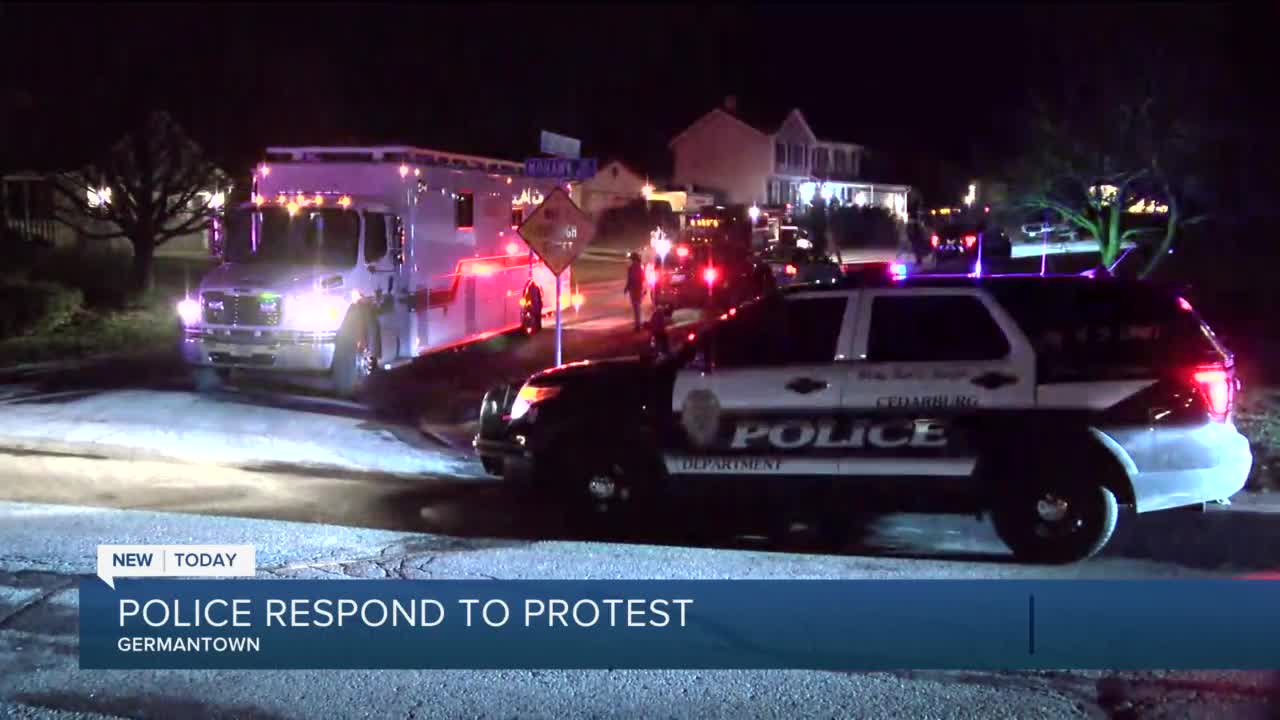 Protests erupted in the Germantown area as law enforcement there attempted to disperse people Tuesday night.

According to Germantown police, protests began around 5 p.m. Tuesday at Alt Bauer Park.

Protesters left the park on foot and in vehicles, followed by police.

A disorderly conduct incident occurred around Council Bluffs Drive and Pilgrim Road involving one of the protestors and a counter-protestor, police say.

Police say that a megaphone was thrown at a Germantown squad car causing minor damage.

After the incident protestors walked and drive back to Alt Bauer Park. They left the area around 9 p.m., according to police.

Video on social media showed a tense situation between a group of people and law enforcement officers. One video shows members of the State Patrol assisting local law enforcement.

The Germantown Police Department was assisted by numerous law enforcement agencies during this incident.

As of now, it is still unconfirmed what the protest was about and whether anyone was arrested.