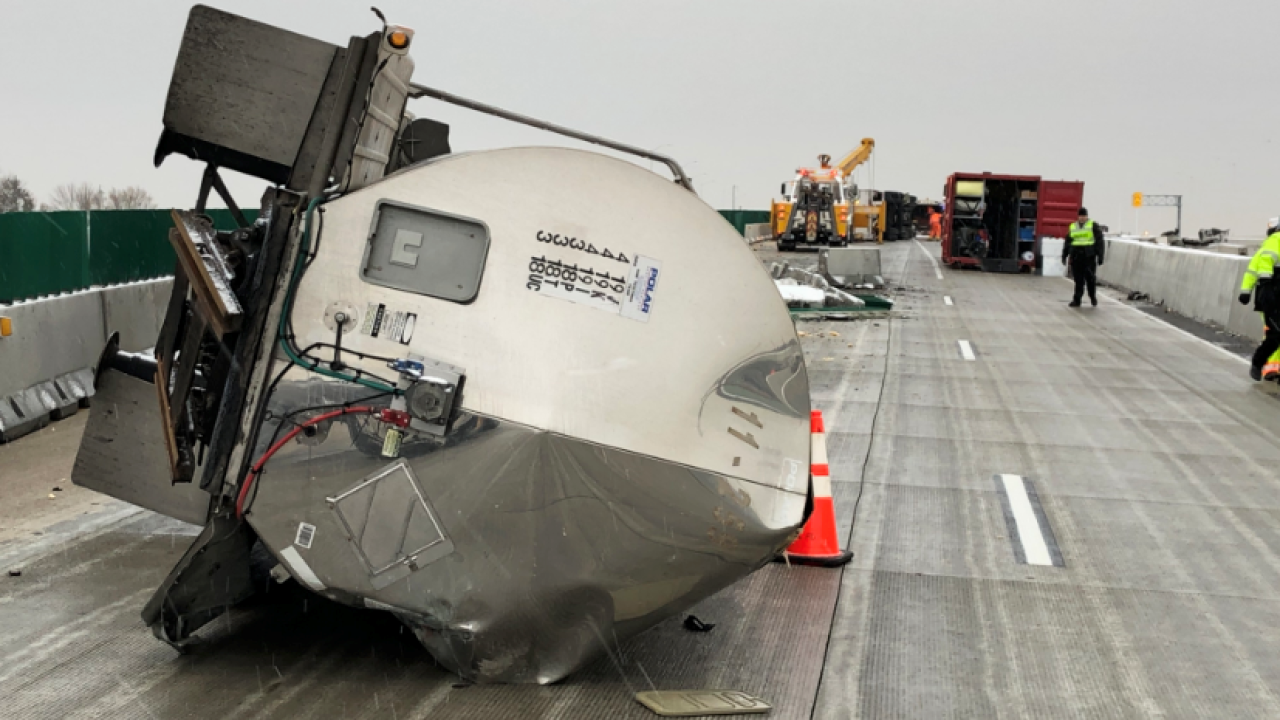 The driver of a pickup truck is responsible for the crash between two semis that closed I-41 Wednesday morning.

The Racine County Sheriff's Office says a 31-year-old Kenosha man was driving his pickup truck northbound when he went to make a lane change and struck a semi tanker.

This caused the tanker to swerve, go through the median wall and then strike another semi trailer that was traveling southbound. The second semi flipped on its side and came to rest on the interstate.

The two semi drivers were treated and released with minor injuries, while the driver of the pickup truck received stitches on his head, face and knee.

The driver of the pickup truck was also issued citations for failure to maintain control of a vehicle, operating while suspended, non-registration of auto and not having auto insurance.

All vehicles and the median wall were heavily damaged.