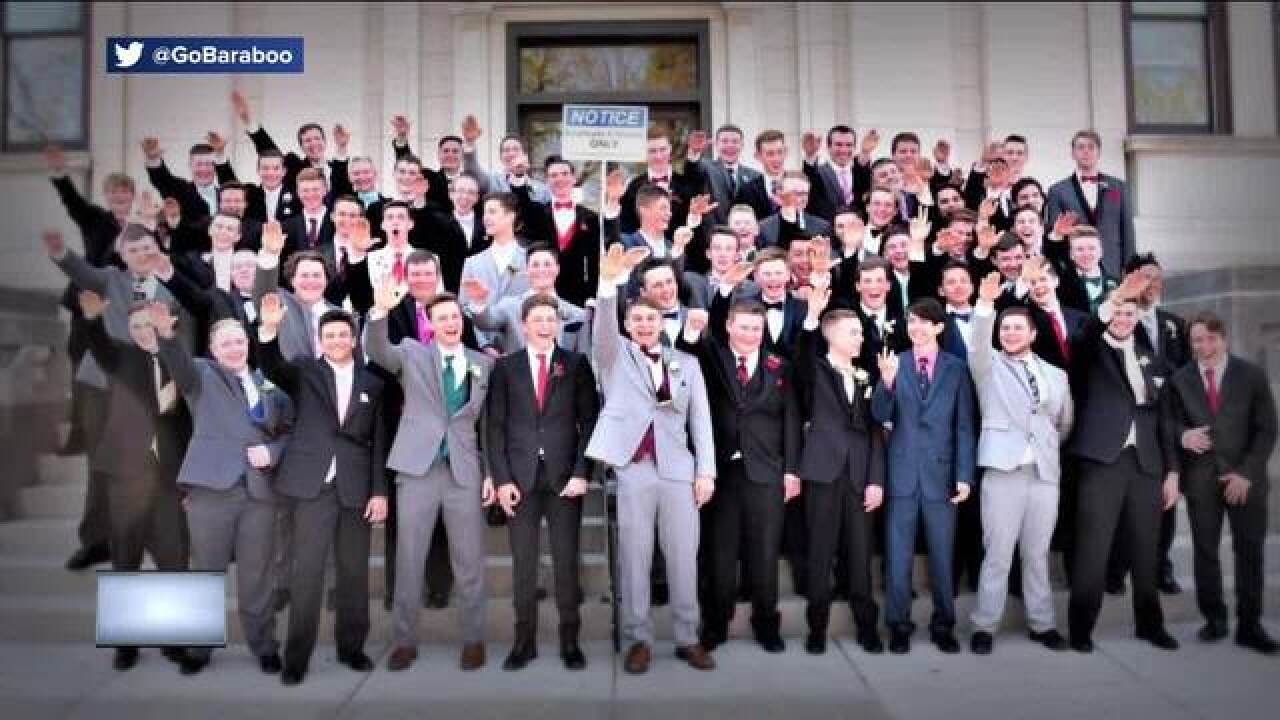 BARABOO, Wis. (AP) — The photographer who took a picture of boys from Baraboo High School giving what appears to be a Nazi salute says he simply asked the students to wave goodbye to their parents.

Pete Gust told community journalism website Madison 365 that the pre-prom photo, which has been shared widely on social media, was innocent. He says he asked the boys to give him a "high five" for the photo taken in May on the steps of the Sauk County Courthouse in downtown Baraboo, about 115 miles (185 kilometers) northwest of Milwaukee.

Gust has removed the photo from his website, Wheel Memories, where it had been posted since May, and wrote "To anyone that was hurt I sincerely apologize."

The Baraboo School District and police are investigating the photo.