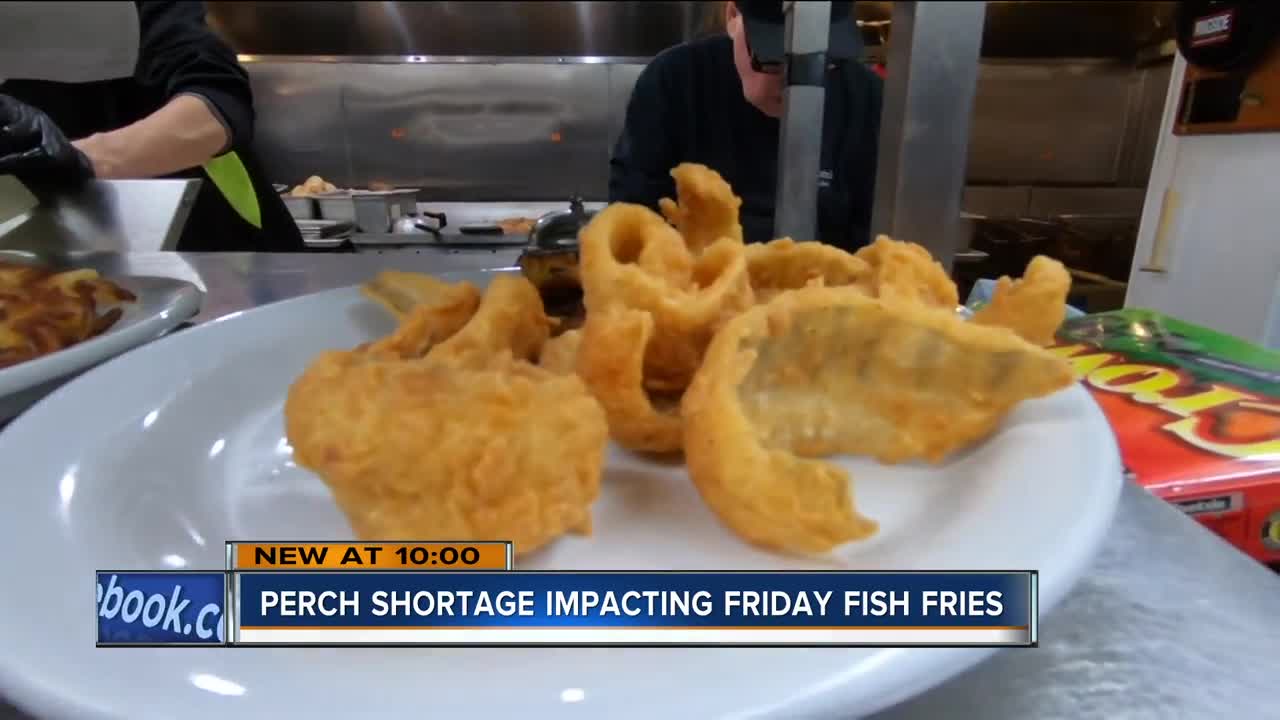 A Great Lakes perch shortage has many local fish frys removing the popular item from the menu right before Lenten season begins.

MILWAUKEE — It's the last thing Wisconsinites want to hear on a Friday night. A Great Lakes perch shortage has many local fish fries removing the popular item from their menus right before the Lenten season begins.

That's currently the case at St. Paul's Fish Company at the Milwaukee Public Market. While there are several other fish options to choose from, some customers say the shortage couldn't come at a worse time.

Fish fries are Friday night staple in Wisconsin, especially for Catholics during Lent.

"We come here every Friday night for the perch fry," said Ron Orth of Milwaukee.

But Orth recently realized the item he's after is hard to find.

"Lately, they haven't had it because of the perch shortage," he said.

It isn't just southeastern Wisconsin restaurants suffering through the perch shortage. Empire Fish market in Wauwatosa hasn't been able to buy any either.

"It's definitely affected us," said retail manager Bill Reiber. "We've been taking several phone calls really for the vast majority of the last four months, but especially leading up to these weeks here."

Reiber said his store got word of the shortage last May and it's only gotten worse since.

"The perch supply itself has just been decimated by the walleye population," Reiber said. "They've been eating them pretty aggressively driving the fish deeper in the waters."

Most local commercial yellow perch comes from Lake Erie in Canada. Reiber said fishermen have been struggling to get to them at their current depths.

Gard's Restaurant on Burleigh has lake perch on its menu, but the owner said the prices have gone way up, costing their customers an extra $6 a plate.

Over at Thistle and Shamrock on Milwaukee's northwest side, perch is ready to be eaten by the masses.

"This is our Super Bowl time so we've got over a month's supply," said General Manager Richard Heil. "Perch is probably our third best seller so we make sure we always have a big enough supply."

If you plan to go to a Friday Fish Fry in the future, click here for some of the best fish fries in the Milwaukee area.