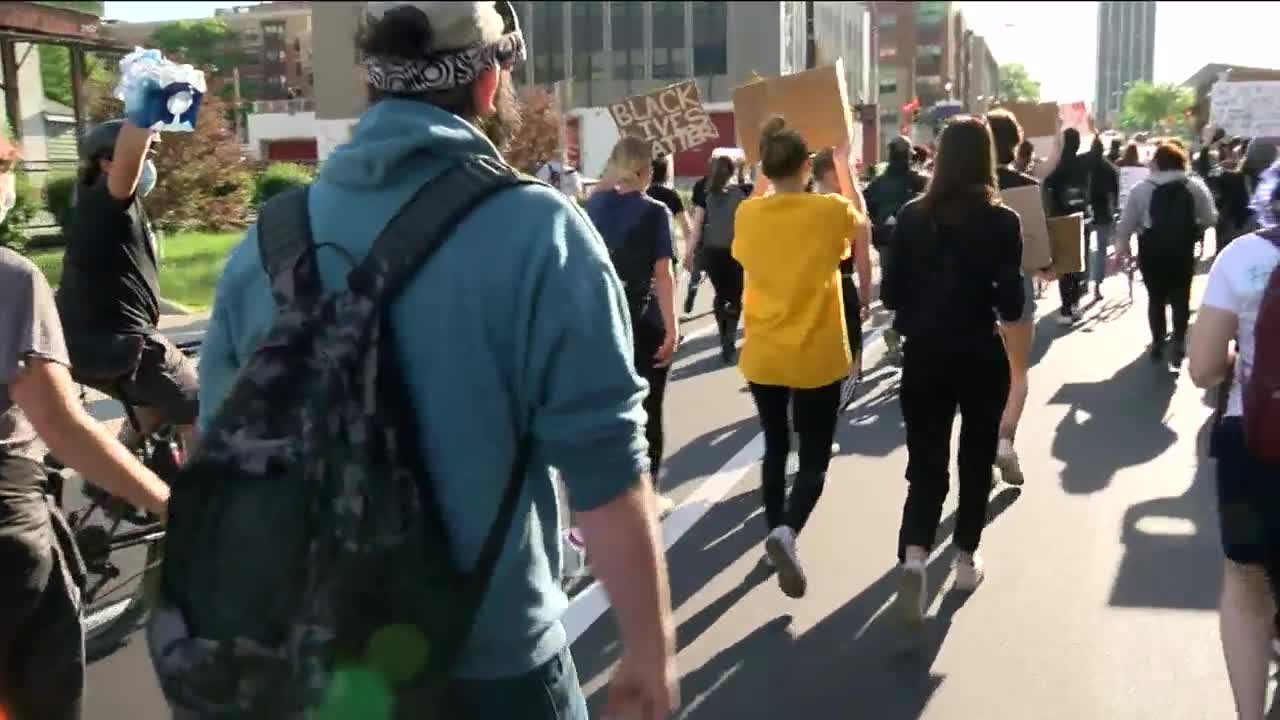 Protests organizers and marchers say the group who has caused overnight unrest are not the same as those who have been marching all day long.

MILWAUKEE — As Milwaukee moves into the 7th day of protests over the death of George Floyd, some people are worried the message of the march is not being heard.

People have marched for hours day after day. They are trying to take a stand against racism.

“When people look at me they see a black man. They don’t see everybody else in my family. I have a white father and a black mother. They don’t see that. All they see is color and that’s not okay. So we have to stand up. Do what we can do,” said Shawn Breto.

It is a message Milwaukee Neighborhood News Service columnist Damia Causey worries may get lost because of a few isolated incidents. On Friday, May 29th, looters broke into several businesses causing thousands of dollars in damage.

Around 3 a.m. Wednesday, Milwaukee Police used tear gas to disperse crowds after a pedestrian and two officers were hit by a reckless driver.

“You have people who people who are serious in their hearts for better police relations, for police accountability,” said Damia Causey.

“Then you have people who unfortunately are opportunist and look at this as a way to carry out an agenda that has nothing to do with the protest themselves.”

One of the protest organizers Frank Nitty has urged people night after night around 9 and 10 o’clock to go home, rest up and march the next day. He said the people he marches with, for hours, do exactly that.

“They said peaceful protest turns into riots when all the peaceful protesters are at home. So the media is painting this picture that we are turning into a group at night and it’s not us,” said Nitty.

Breto say he spends about 2 to 3 hours marching then goes home. He says he hopes his walk sparks change in our country.

“We have got to be better. We can do better,” said Breto.