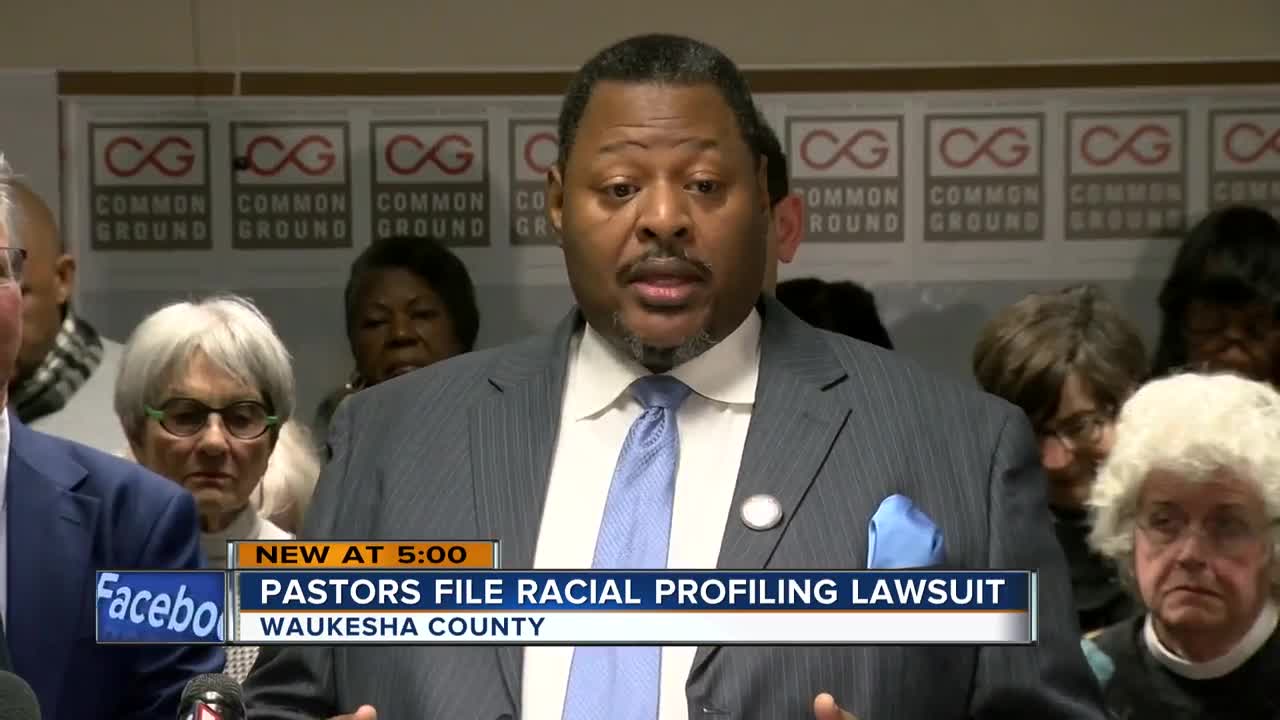 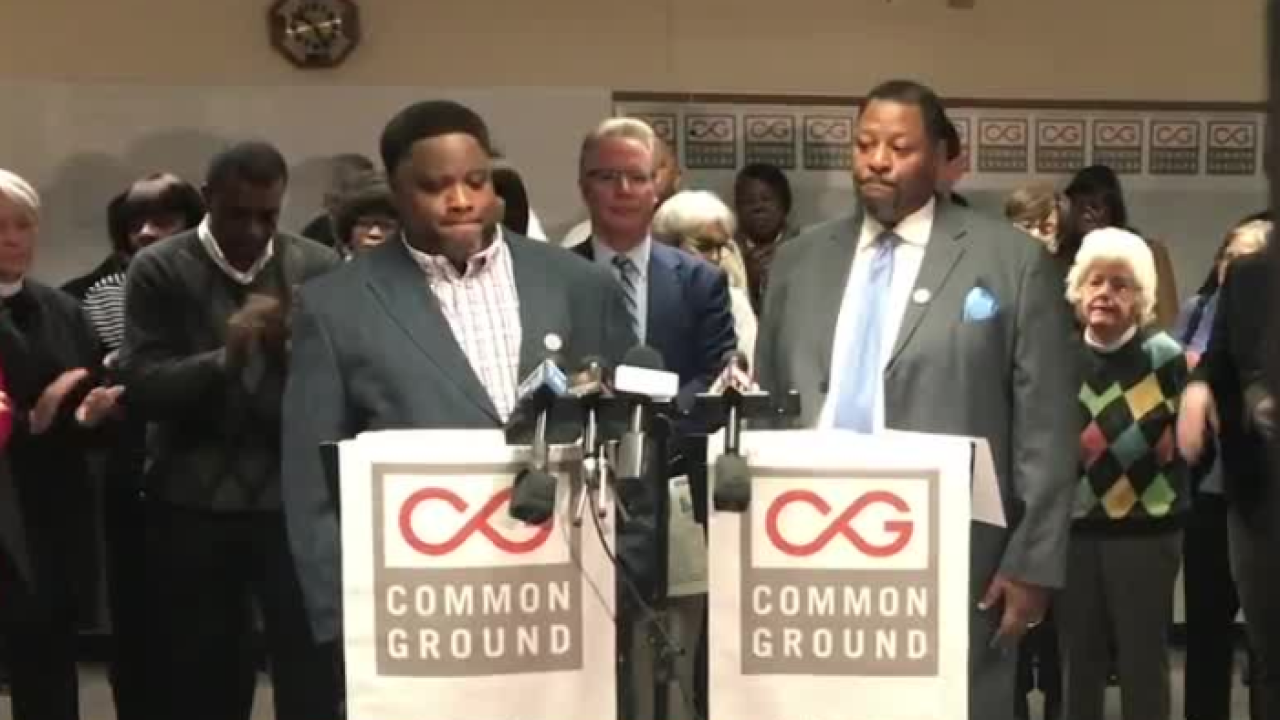 MILWAUKEE — It isn't Sunday, but the fellowship hall of Community Baptist Church on Milwaukee's north side is filled with clergymen standing on common ground.

They’re gathered behind Demetrius Williams and veteran John Patterson, both pastors. The two claim they were treated unfairly because of the color of their skin by a Waukesha County Deputy.

“The reason I felt violated is because we pulled over safely. We were not pulled over,” Rev. John Patterson said.

Williams and Patterson were waiting for roadside assistance after their boat trailer got a flat near Moreland Rd. on I-94.

“He approached the car, we thought he was coming to help and he asked about guns and drugs,” Rev. Demetrius Williams said.

Wednesday morning the two pastors filed an 11-page lawsuit again sheriff's deputy Erik Michalsen, sheriff's deputy Michael Powell (Michalsen's field training officer), and Waukesha County. In it, they allege deputy Michalsen—racially profiled them treating the encounter as if the men violated a traffic law. Which prompts the question, would the encounter have been the same if the men weren’t black.

“The law may not make people love you, or like you, but it can keep them lynching you. I think legally, minds change when the laws change,” Williams said.

The men hope the suit will bring about change, and for that reason, they are not giving up the fight until the Waukesha County Sheriff’s Department addresses their concerns.

“I dare not say we’re not going to get over it, we’re going to fight this,” Patterson said.

The pastors first made their allegations public last August. In response, the sheriff's department said they don't tolerate racially-based policing and an investigation turned up no violations of policy.