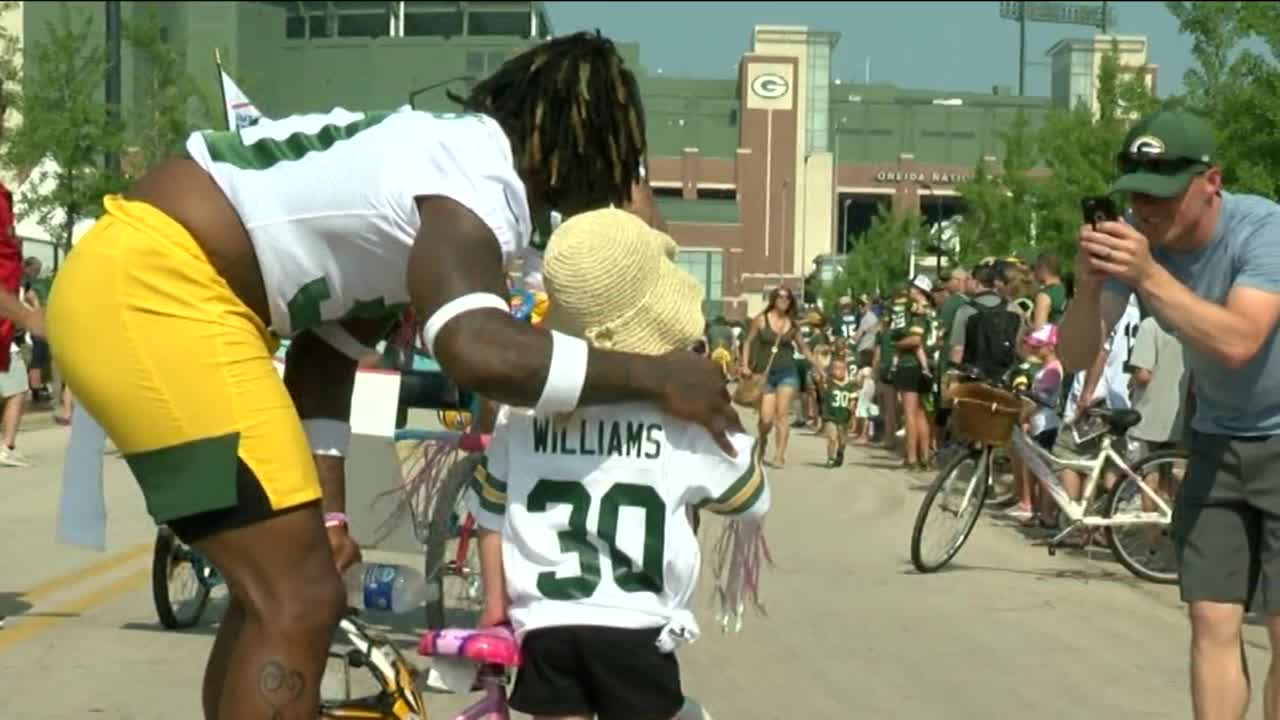 This year, the Packers TV Network and TMJ4 might be the only place you can see the Pack in the preseason.

GREEN BAY — This year, the Packers TV Network and TMJ4 might be the only place you can see the Pack in the preseason.

No fans will be allowed at training camp practices, or Family Night, or preseason games, depending on if some or all of that happens.

As your official Packers station, I'm the pregame host and sideline reporter during the preseason. So it's certain to adjust our coverage.

The typical scene in Green Bay will not happen this year. Railbirds from all 50 states and even the world, thousands of visitors come to see Packers training camp just for a glimpse of the players, Aaron Rodgers, and the Green and Gold. That won't happen.

In a statement released Wednesday, Packers President and CEO Mark Murphy said, "We will miss seeing so many of our fans, particularly the young ones during this exciting time of the year. We will continue to work on the protocols and logistics in the hope that we can welcome fans back to Lambeau Field for the regular season."

As part of the Packer's official TV Network, we were scheduled to air four preseason games.

The Packers still list the games on their website, but NFL.com is reporting the league has a proposal to cut two preseason games off the slate.