Owner of American Sewer Services a no show for city hearing

City leaders held a meeting with American Sewer Services Monday morning as the company has been under hot water after photos surfaced of workers brandishing guns at a work site and another employee with a KKK sticker on his lunch cooler.

However, the owner of the company did not show up. Instead, a statement was read by American Sewer Services Project Manager Dan McClendon.

In the letter, the owner spoke against the recent incidents involving his employees. City leaders received racist and hateful emails and phone calls for speaking out against this.

The owner also condemned the hate the aldermen received. These actions have sparked a rally in the city.

“I much rather would’ve wished to have the owner there to answer questions because even within the statement there’s several questions that I had,” said Alderwomen Milele Coggs.

It’s important to note the company said employees who choose to carry guns aren't just doing it in Milwaukee, they're also carrying them in surrounding suburbs. Which some were surprised by. 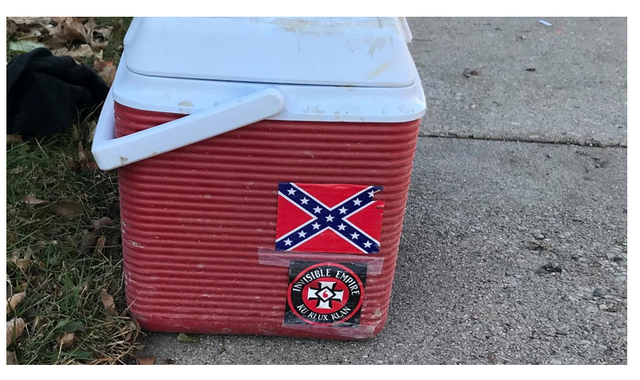 “If you’re not police or military, I don’t understand why you would need a gun to do your job,” Coggs said.

The statement also says other employees who had nothing to do with these incidents fear they’ll lose their jobs.

Some city leaders want to look into seeing if they can terminate all open contracts with the company.