Out with the new, in with the old: a retro game made in the 21st century 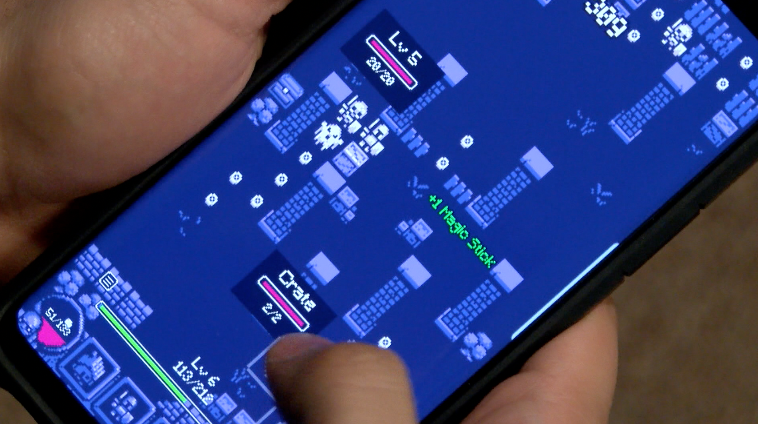 A Milwaukee man is saying out with the NEW and in with the OLD. He created a blast to the past with an 8bit video game.

MILWAUKEE — A Milwaukee man is saying out with the new and in with the old. He's gotten hundreds of thousands to follow him too.

"The idea was to get a mobile game out there that was free to play and something you can easily tell your friends to download," Jonathan Concepcion-Rodriguez, the creator of the game OneBit, said.

It's a 'roguelike' game. For the non-gamer aficionados, that means you only have one life, and you try to survive as long as you can as the levels get harder. What is different about this game is that you actually get more than just one life.

This Milwaukee made 8-bit game isn't even a year old and already has 50,000 monthly users. pic.twitter.com/lZNUtDuvvb

"It's very different from other roguelikes that are in the market," he said.

It's a game going against the trend of flashy, high-quality graphic, and/or virtual reality video games.

"Well, why not bring the old school retro games back to the modern age," he said. "Chose a character go on an adventure and see how far you can get.”

Since Concepcion-Rodriguez released the game 10 months ago, OneBit has been downloaded 110,000 times. What's impressive though is that he has 50,000 monthly users. He's also making some money too.

"After we released last month on the app store, it just grew exponentially."

Originally it was only available in the Google Play store. Apples App store has proven to be much more profitable. It's not an earth-shattering number, but it's still impressive for a man who made the game in his bedroom and learned how to do it from watching YouTube videos.

Since he is self-taught, he had his fair share of setbacks.

"Sometimes I'll spend eight hours just to go back and delete everything just because it didn’t work out," he said.

With the success of this app, the Milwaukee-based game developer has his sights set on the future.

The future really is another step in a generation where 'TwoBit' becomes more pixels more animations. It's kind of like you are taking a leap into different generations," he said.

But before he can get going on his next game, he's got a whole new challenge ahead of him. The 28-year-old is expecting his second child in just about a month.