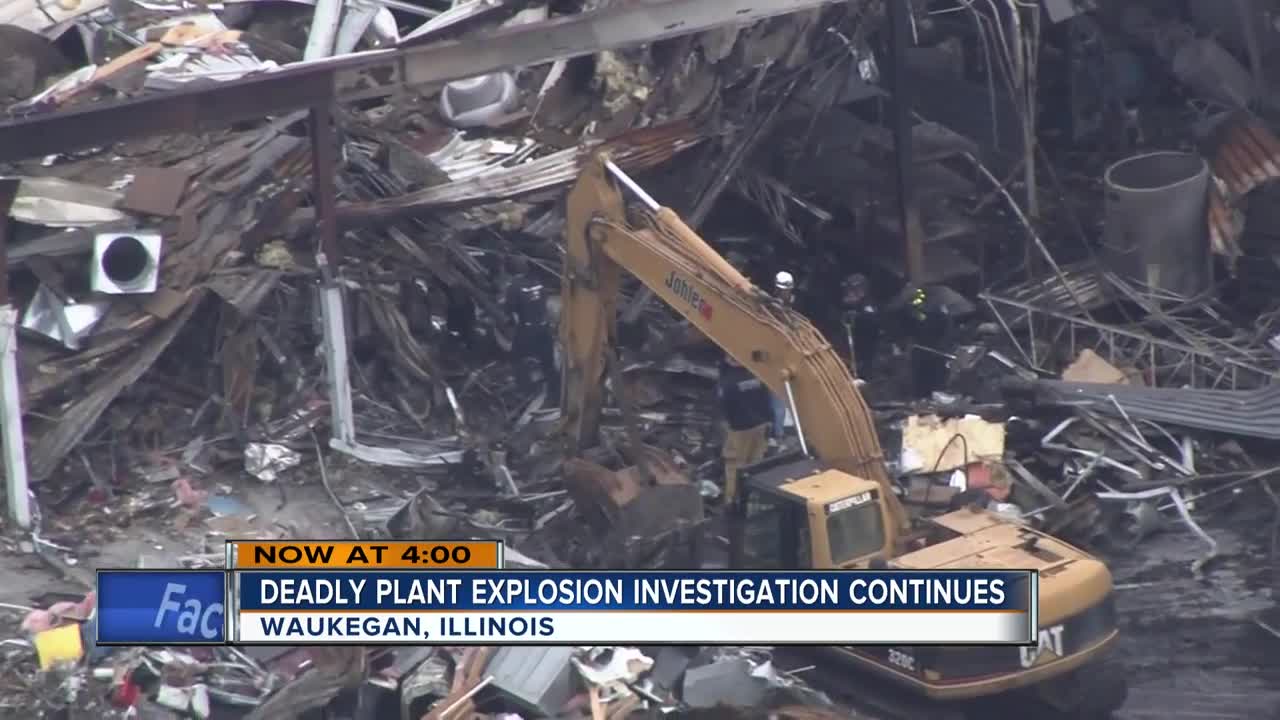 Investigators continue to search for one missing person in the rubble of the former factory.

The Waukegan-based company, AB Specialty Silicones, is facing $1.59 million in fines for 12 federal safety violations after four employees were killed in an explosion on May 3, 2019. Three of the four killed were from Kenosha County.

OSHA investigators determined that "AB Specialty Silicones failed to ensure that electrical equipment and installations in the production area of the plant complied with OSHA electrical standards, and were approved for hazardous locations."

The company has 15 business days from the receipt of the citations to comply, request an informal conference with OSHA's area director, or contest the findings.