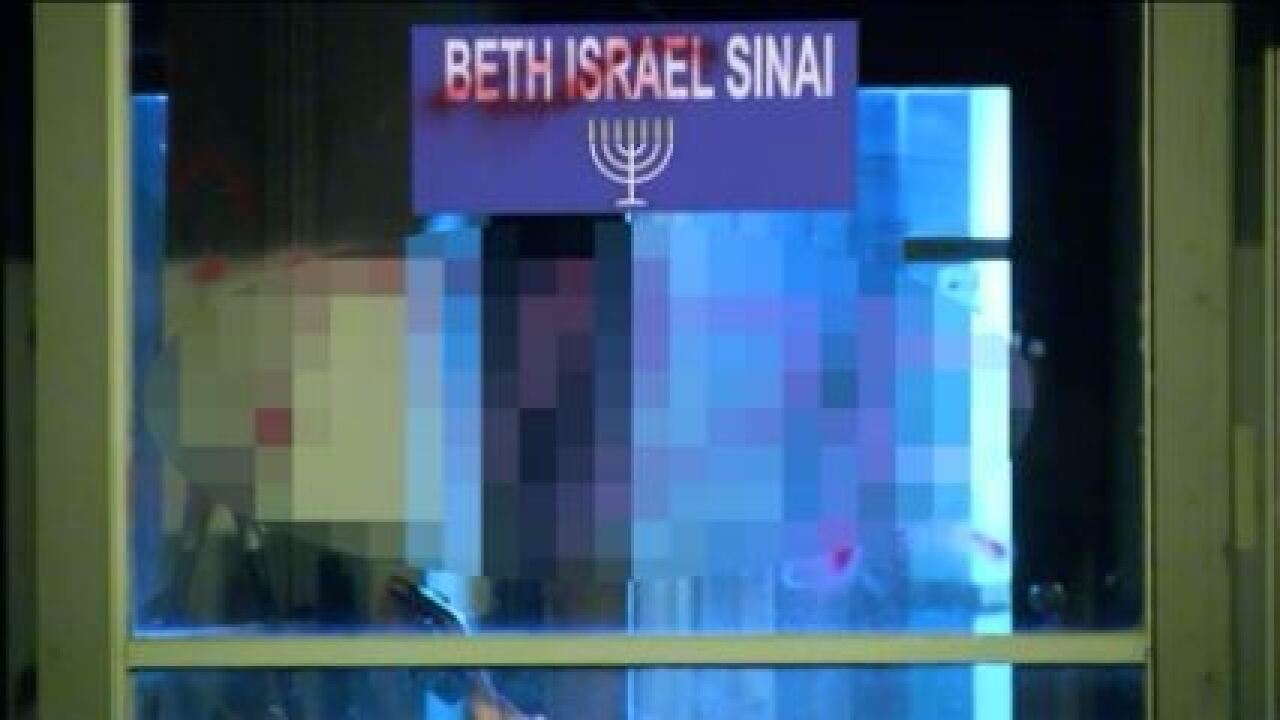 MILWAUKEE — A 22-year-old Oak Creek man accused of being a part of the neo-Nazi group 'The Base' has been charged with vandalizing a local synagogue.

Yousef O. Barasneh has been charged with "conspiring to violate citizens' rights to use property free from threats and intimidation," according to a news release. The Department of Justice says he's accused of vandalizing the Beth Israel Sinai Congregation in Racine last fall with spray-painted swastikas, anti-Semitic words, as well as the symbol for 'The Base,' the extremist group Barasneh is accused of being a member of.

Several other members of 'The Base' were also arrested around the United States on Thursday and Friday.