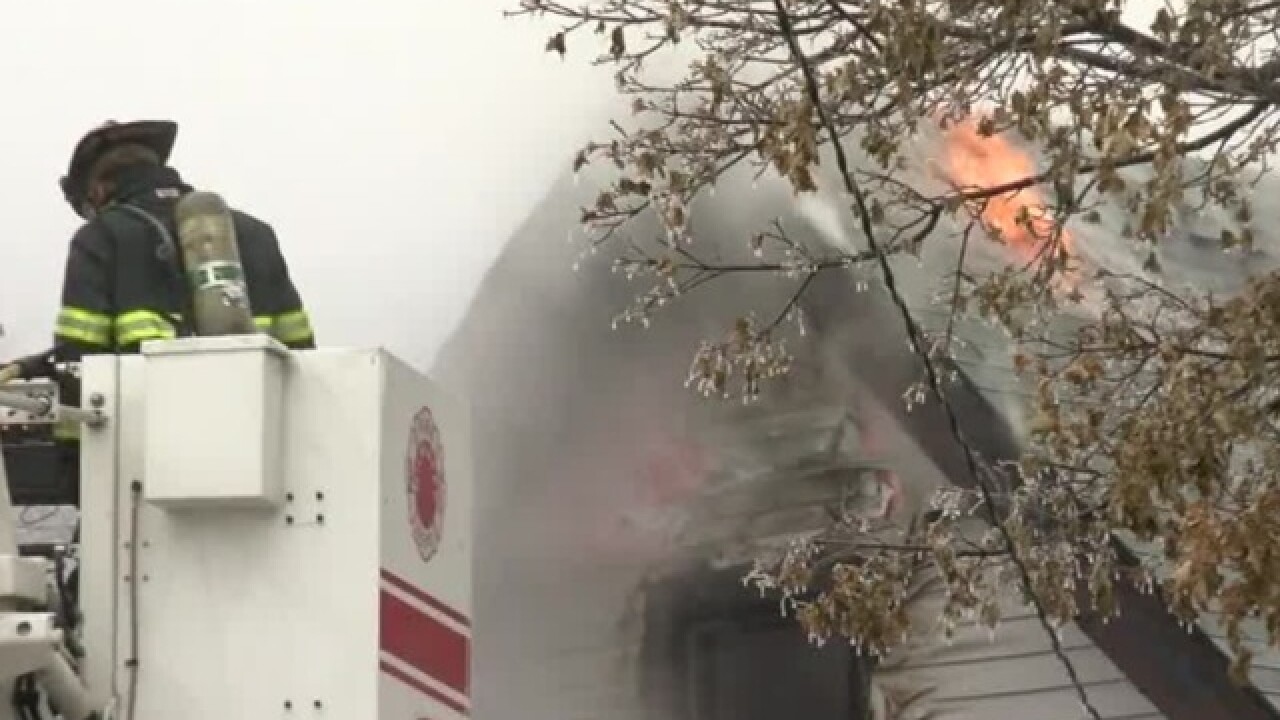 MILWAUKEE, WI - A home on Milwaukee's north side is completely uninhabitable after a three-alarm fire Thursday morning near 21st Street and Concordia Avenue.

“They immediately transmitted a second alarm which brings a whole host of additional companies to the scene because now we’re fighting fire in two buildings," he also said.

A total of six families, seven adults, and five children were evacuated from the two homes. Each of the families received assistance from the Red Cross.

“We are responding," said Patty Flowers. "We’re just having them come here. Our volunteers are coming into the area, that’s not changing. What we’re doing is asking them to come to a location that’s warm and safe."

The fire happened in one of the zip codes Red Cross volunteers are no longer physically responding to. A new policy allows volunteers to meet fire victims at a site other than the scene —and Flowers said the new system is a lot more practical.

“Especially with these frigid temps, it’s really nice to be able to be inside and have a calm conversation with people —away from the scene, not having that trauma staring at them," Flowers said.

No injuries have been reported, but Milwaukee police are investigating. According to police, witnesses describe seeing suspicious activity before the fire started.