Non-profit 'in talks' to take over Yerkes Observatory in Wisconsin 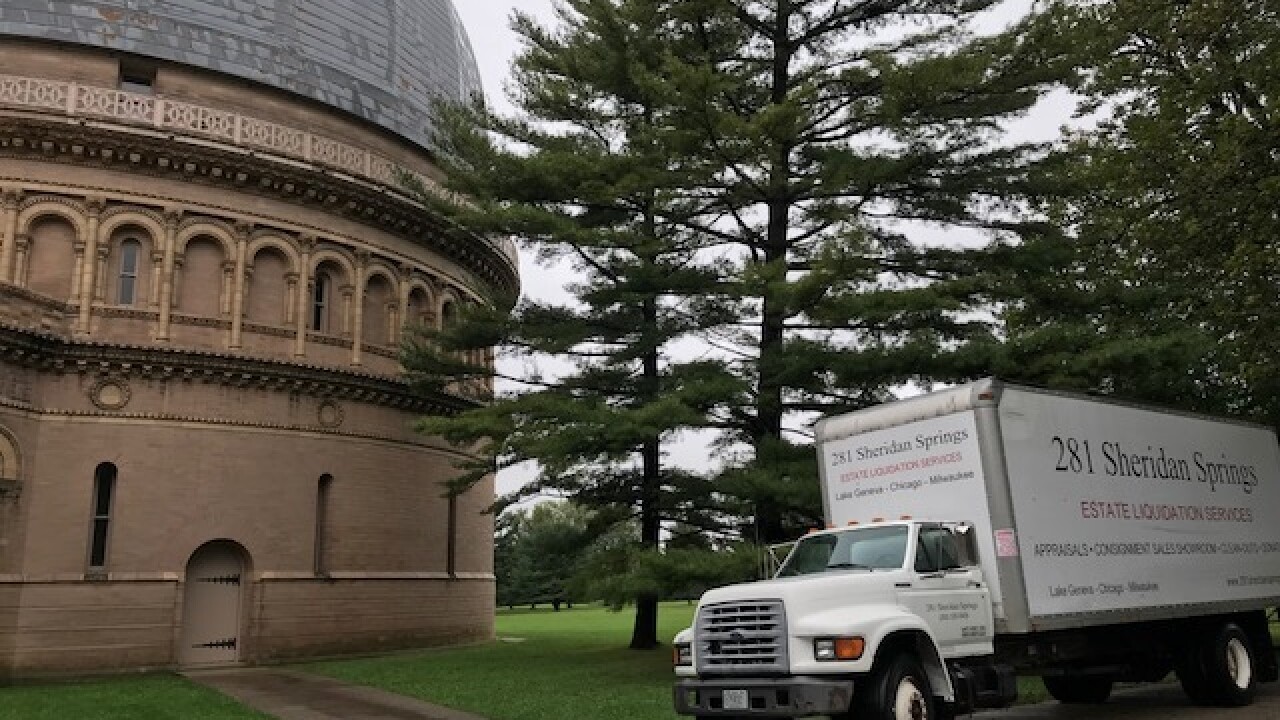 The University of Chicago closed their doors at Noon, after 123 years.

TODAY’S TMJ4 was there Monday to get answers about the historic building’s future, just as liquidation trucks pulled up.

The facility built with a state-of-the-art telescope in 1895 made huge discoveries over the years. This includes proving our galaxy is in the shape of a spiral.

Williams Bay’s village administrator, William Duncan says its current owner, The University of Chicago is in negotiations with the non-profit group The Yerkes Future Foundation, to continue educating the public.

Duncan described how the community is feeling, “A lot of disappointment sadness. It’s not like we didn’t know it was coming cause there was an attempt twelve years ago and close the observatory and sell it to a developer, which was blocked by the community rather vigorously.”

While The University of Chicago has enjoyed teaching the public what they have learned, leaders tell us their core mission there is now over.

The land the observatory sits on was gifted to the university. Williams Bay is about 70 miles away from the city lights, for the university to study space and the sun.

Over the years, prominent astronomers used the most powerful telescope in the world, at one point. This includes Edwin P. Hubble.

Regardless of what happens, its future will need to be approved by village leaders.