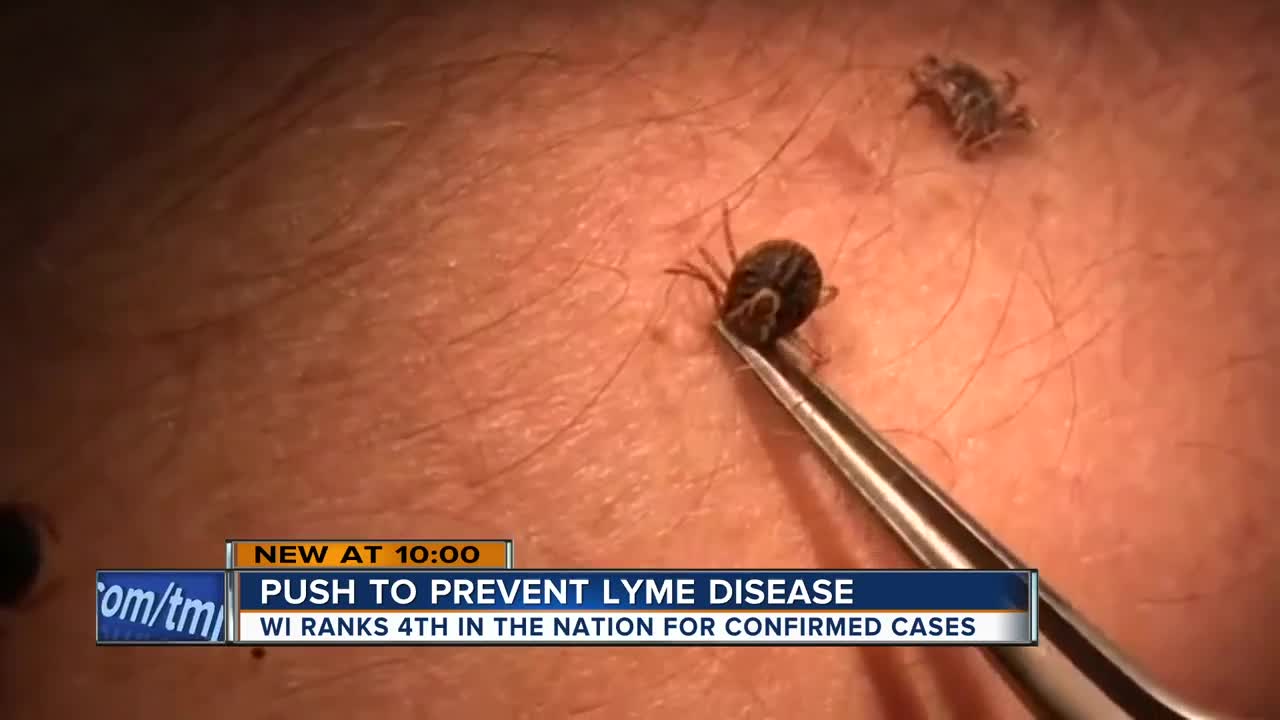 Wisconsin rank 4th in the nation for confirmed cases of lyme disease. That's why activists are trying to raise awareness about the disease.

Activists have started a new push to prevent a disease that Wisconsin ranks 4th in the nation in Lyme Disease.

A series of bills are being discussed in Madison. They would require all state parks to sell bug spray and to put up warning signs about ticks. They would also include creating a committee to study tick-borne diseases and run a public awareness campaign.

"I am hoping people are going to be aware of it. I don't think enough people understand how far reaching it is," Sherry Sievewright, who had Lyme disease, said.

Today, Sievewright can walk again and enjoy being outside. Six years ago that was not the case.

"I was in wheelchair. I couldn't walk long distances past my driveway. I had pain. The pain was so severe you couldn't even tough me," she said.

Like many Lyme Disease patients, Sievewright was misdiagnosed with rheumatoid arthritis, fibromyalgia, and thyroid problems before they finally ran a Lyme test. Now, she advocates for Lyme education.

Lyme Disease cases are on the rise. They have doubled in Wisconsin in the last decade. That's why lawmakers in Madison are considering four separate bills to combat the disease.

"This isn't just an up north issue. Ticks are present in all counties," Republican Rep. Jeff Mursau of Crivitz said.

"The state has an obligation to protect it's citizens and its visitors," Democratic Rep. Nick Milroy, of South Range said.