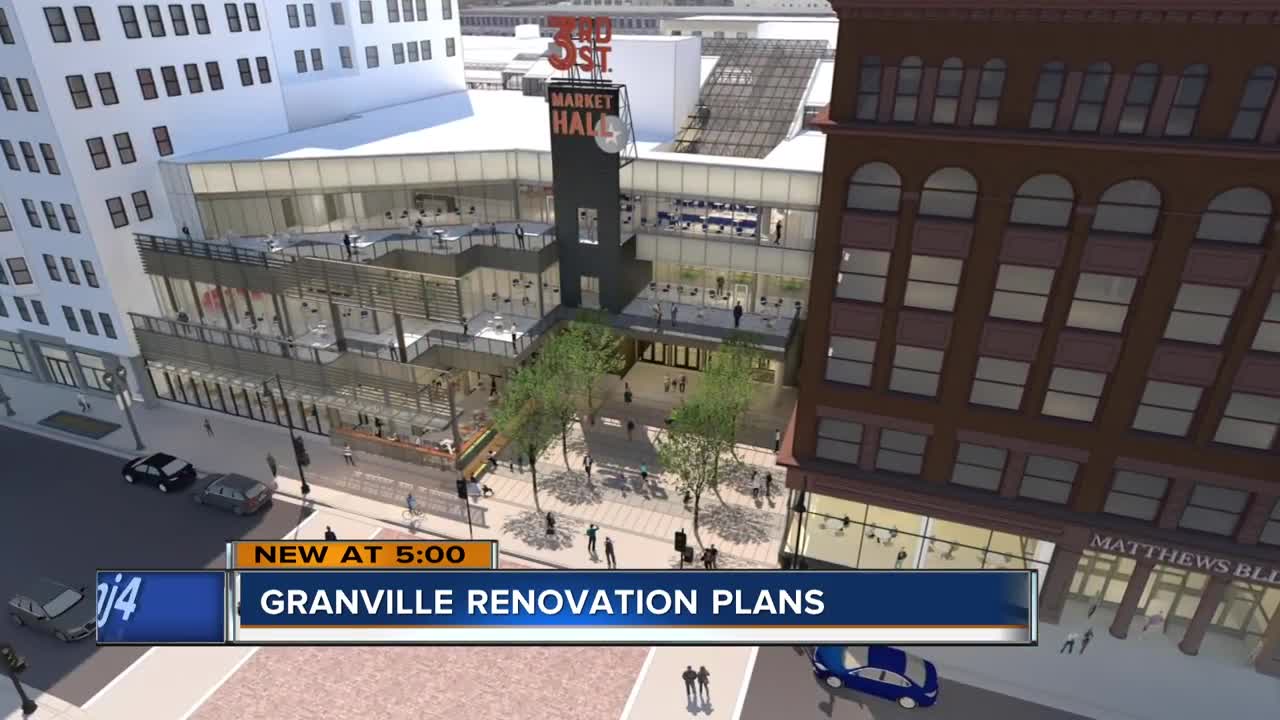 A former big box store on Brown Deer Road in the Granville neighborhood is getting new life.

A former big box store on Brown Deer Road in the Granville neighborhood is getting new life.

Jo-Ann Fabrics closed about three years ago. It was one of the many victims of the box store era. The gigantic stores took up a lot of space and offered plenty of goods. However, as internet purchasing got more popular, the brick and mortar stores started falling one by one.

"We have Northridge Mall which has been dead for about 13 years," Mary Hoehne, Executive Director of the Granville Business Improvement District said. "Once you lose the Targets of the world, you lose all the big guys, they're not going to come back. They won't come back until they see progress."

Hoehne says they started coming up with ideas on how to best utilize the Jo-Ann Fabrics store. They have hosted Jazz Shows monthly, Community Meetings and pop up shops for Christmas.

It's 22,000 square foot space is massive and having one tenant would be setting them up to fail. So she says they started to get creative.

"We thought, let's do a pop-up shop," Hoehne said. "We thought only a couple of pop-up shops here wouldn't be enough to draw interest. Out of that came these conversations of what can we do to make a significant difference up here? We came across Grow DeSoto in DeSoto, Texas. They took an Ace Hardware and made an entrepreneurship retail hub with shops, office space and food for restaurants. That's 24,000 square feet. We found [Jo-Ann Fabrics] was 22,000 square feet. We visited DeSoto last November and absolutely positively no doubt in our mind we can do this."

The Granville Connection space will house some 25 to 30 retail entrepreneurs, office space for about 10 people and three to four restaurants. They'll also add a coffee shop; something Hoehne says people are clamoring for in the area with 39,000 employees working in the Granville area daily.

The idea of taking large spaces and putting a wider variety of people to work isn't a new concept but it is a popular one. In Milwaukee, the Sherman Phoenix opened up last fall to great success. It's gone a long way in changing the perception of the neighborhood and is allowing small businesses to get a foot in the door. Crossroads Collective is another example of a large venue, divvying up the space but in this case, it is all about food choices. The same goes for the proposed Grand Ave. Food Hall.

"That's the end goal of everything happening in Granville," Sean Ryan with the Milwaukee Business Journal said. "Part of the goal, if the businesses that move into the Granville Connection shared marketplace are successful, they can move on and maybe rent their own store space along Brown Deer Road in the future and refill one of those other dark stores."

"I see not only potential but I see success," Ald. Chantia Lewis said. "I see village. That's one of the things I was striving for before I took office. I want to bring the village back to this community. Having village in the new 9th is huge for me. This is one of the things we can see as a successful story."

"With the success of Sherman Phoenix, it becomes a hub and that's what we're trying to accomplish here," Lewis said. "We have a little larger space. I love the culture and overall feel of the Phoenix. We will have business coaching so we can give people then how-to's and help give them their individualized coaching so they can eventually go into their own stand alone and this will be a pipeline. We'll have continuous business coming through."

The tenants will be on board for a two-year lease. Hoehne says the first year, a business coach will help people learn the ropes of how to run their small business to help them be profitable. The second year will focus on helping them take off.

"We want them to fly off like little birds out of the next and open their own stores," Hoehne said. "In a perfect world, they open a store in Granville. Even if the birds leave and go elsewhere and are successful, that's a success story too. I think it's going to be an igniter."

However, Hoehne says there is still work to be done in raising the money to get the idea off the ground. She says they benefit from having a lightly used building with very little work needed inside.

"We're not talking about millions, we're talking about half a million dollars to get this going," Hoehne said. "In the grand scheme of projects in Milwaukee, this one is very small."

Hoehne says they are hoping to have The Granville Connection up and running by this time next year. Although, Lewis believes they could be open in time for the holidays.

For more information on The Granville Connections visit their web page here.