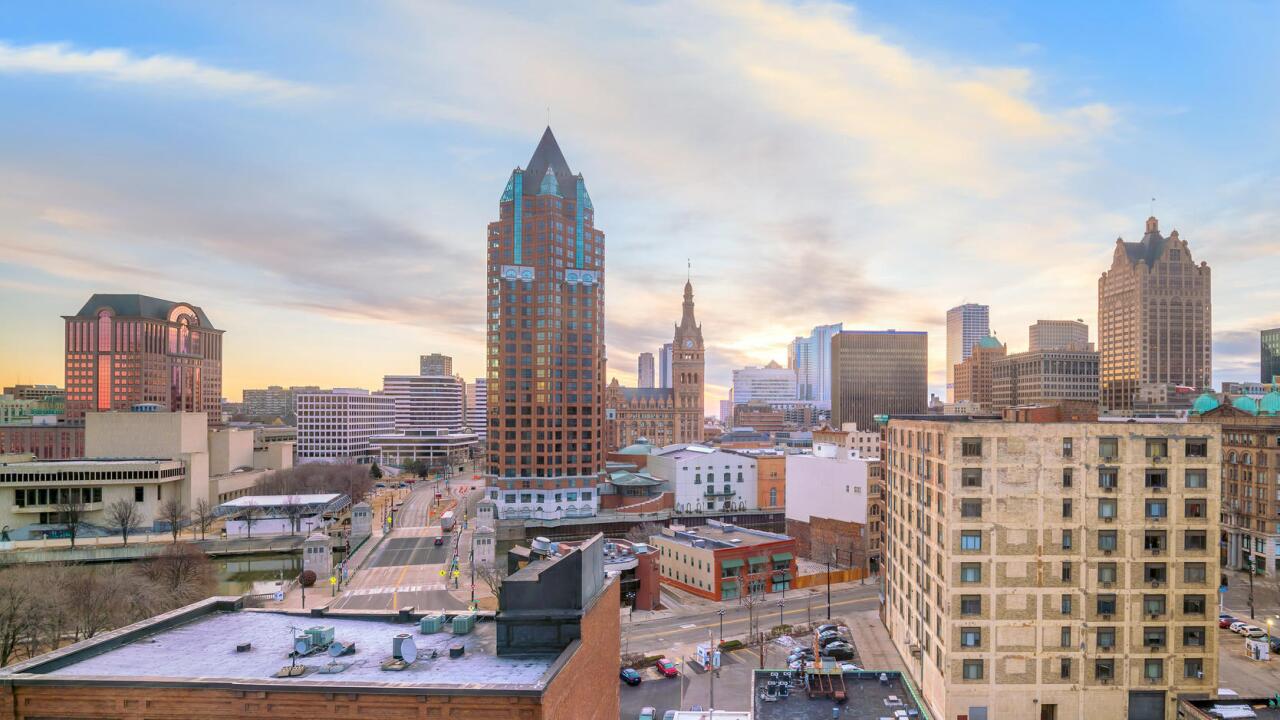 Adobe Stock
Downtown skyline with Buildings in Milwaukee at twilight, in Wisconsin USA

MILWAUKEE — The next step in an effort to “enliven and activate Milwaukee’s industrial working waterfront” is underway.

The mural on a wall donated by Elementis LTP, Inc. will show a waterfront scene highlighting animal species that used to be common in the Milwaukee River, such as an otter, beaver, and belted kingfisher.

The mural is the latest in a series of art and identity projects commissioned by Business Improvement District 51 in partnership with Harbor District, Inc. The first mural commissioned by BID 51 was painted in 2017 by local artist Nova Czarnecki and can be found on the railroad bridge over E. Greenfield Ave. near Barclay St.

Suarez, also known as Aerosol Kingdom, is an artist who brings together the rural and the urban, the release says. Celebrating wildlife, he paints flora and fauna flawlessly over concrete and brick. The animals he paints come to life as the viewer is drawn into the world of the painting.

Work on the mural began August 1 and is expected to be done on August 15.