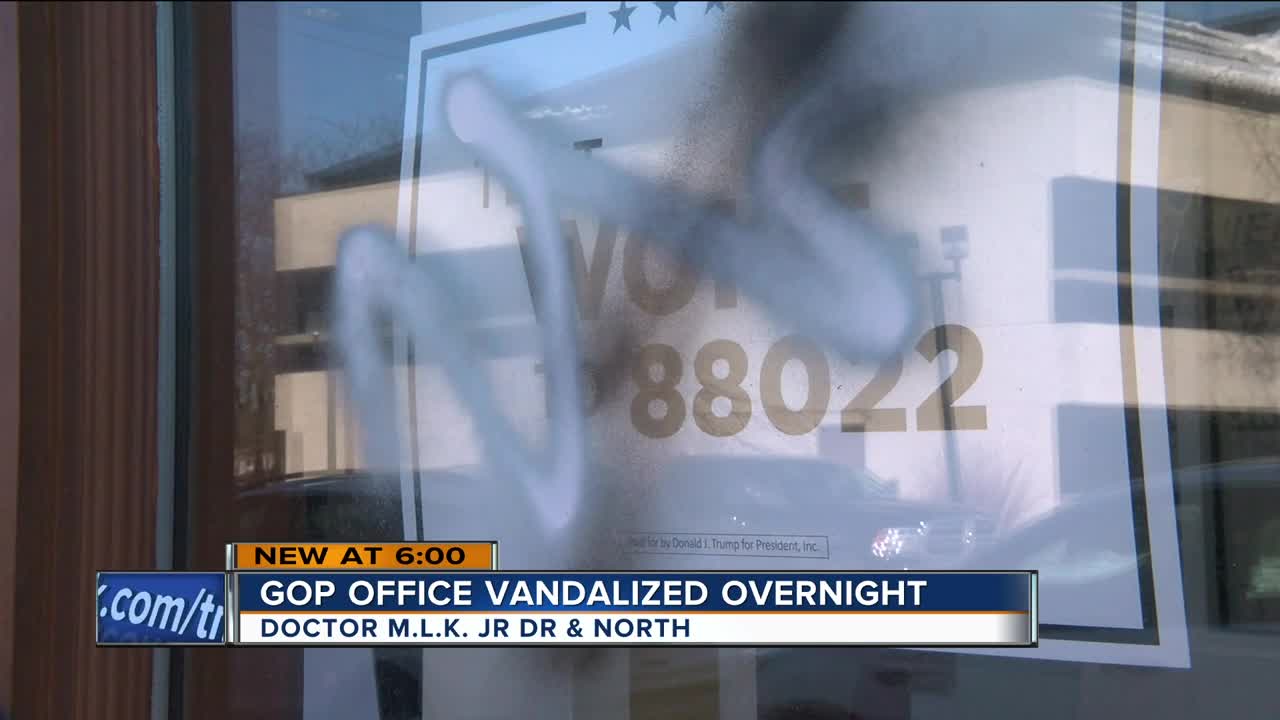 Milwaukee police are looking for the people responsible for vandalizing the Republican Party office downtown. It opened nearly two weeks ago at Martin Luther King Jr. Dr. and North Ave.

African American Outreach Director for the Republican Party of Wisconsin Khenzer Senat came across the vandalism at his workplace Wednesday morning.

Black and white paint was scribbled across the windows, and the word, "scum," was tagged on the back door.

"Not happy about vandalism plain and simple," Senat said. "I want this office to be a place that individuals can come in and we can have civil dialogue."

Police are investigating the circumstances surrounding the graffiti.

The office is the first for the Republican Party in Milwaukee in recent memory, which meant a lot to Chairman Andrew Hitt.

"I don't know who did this. I think it was probably a lot to do with politics," Hitt said.

Hitt said it causes him concern for when the Democratic National Convention comes to town.

“We’ve seen sort of this increased intolerance of the left, a freedom of ideas to talk about what we believe in,” Hitt said.

Our new field office in Milwaukee was vandalized last night. This won’t change our commitment to reaching voters in the community. What kind of intolerance can we expect to see when Democrats bring their convention to Milwaukee this summer? #LeadRight pic.twitter.com/sUXQKGAlLI

A spokesperson for the Democratic Party of Wisconsin released the following statement on the graffiti:

Unlike the Republican Party, we unequivocally condemn actions like this regardless of who is targeted.

Hitt and Senat said they're not worried about security at the office, and feel they picked the right location to spread their views.

"We’re not going to be going anywhere. We're looking to engage with the community and engage you know with urban voters to push our message across," Senat said.