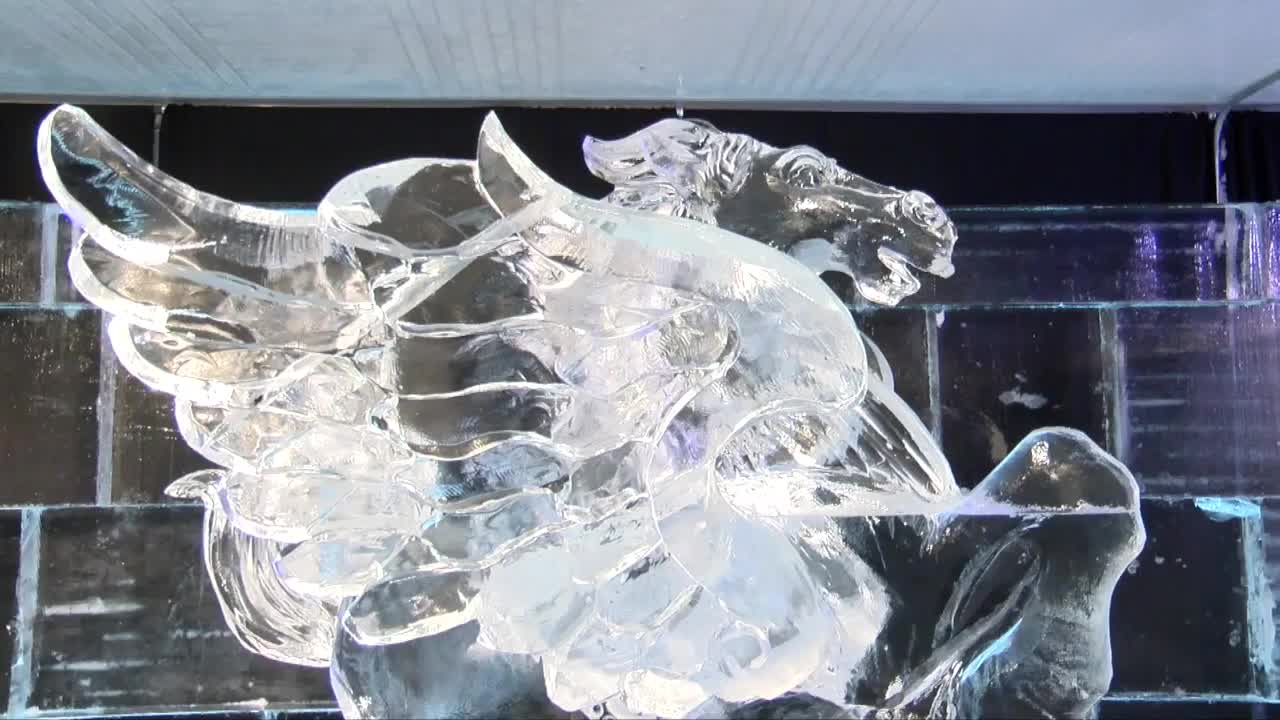 Pegasus, a motorcycle, and a time machine are a few highlights of the new ice sculpture exhibit in Franksville.

FRANKSVILLE — With unusually cold temperatures for the beginning of November, it seemed only right that a new ice sculpture exhibit opened in Franksville.

"So out of the ordinary. So special that it's inspiring to do,” Max Zuleta, the lead ice sculptor with Art Below Zero, said.

The new exhibit is called Ice Xperience. It features a motorcycle, phoenix, Pegasus, a time machine and even an ice bar just to name a few.

A new ice sculpture exhibit in Franksville features a motorcycle, Pegasus, and a time machine. pic.twitter.com/QBxRqu9Aqb

"This motorcycle took us about two and a half days to carve.”

It took 50 tons of ice and two months of work to put it all together.

“Their face just light up, like,'Wow!' That makes it all worth it," Zuleta said.

The sculpture is the first of its kind for that area. It will be open to the public for the next few months. Tours are $22.

The exhibit also doubles as an ice lounge, meant for people to stay a while and even get drinks at the bar. They partnered with Milwaukee Brewing Company.

"They actually created a couple flavors just for us," he said.

After you are done with the tour, there are also ice games like connect four you can play.