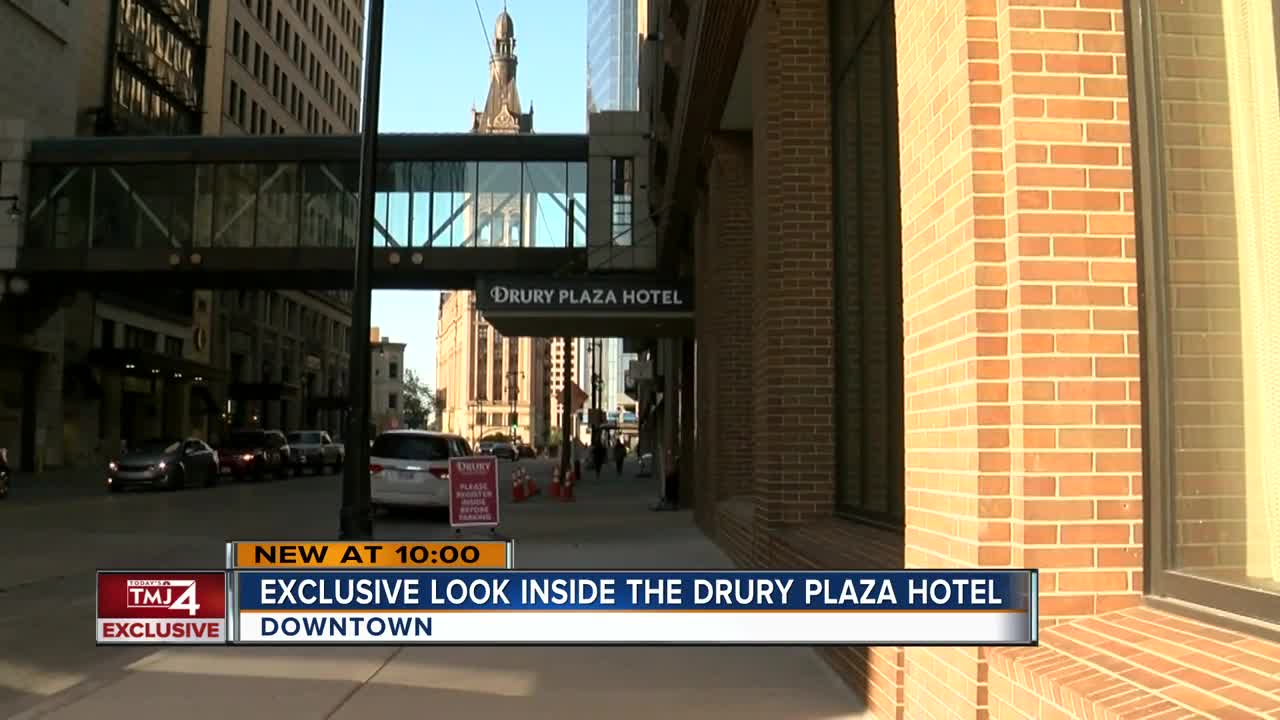 Another Milwaukee hotel has opened its doors in advance of the Democratic National Convention in July of 2020, and the additional rooms could play a part in recruiting conventions down the road. 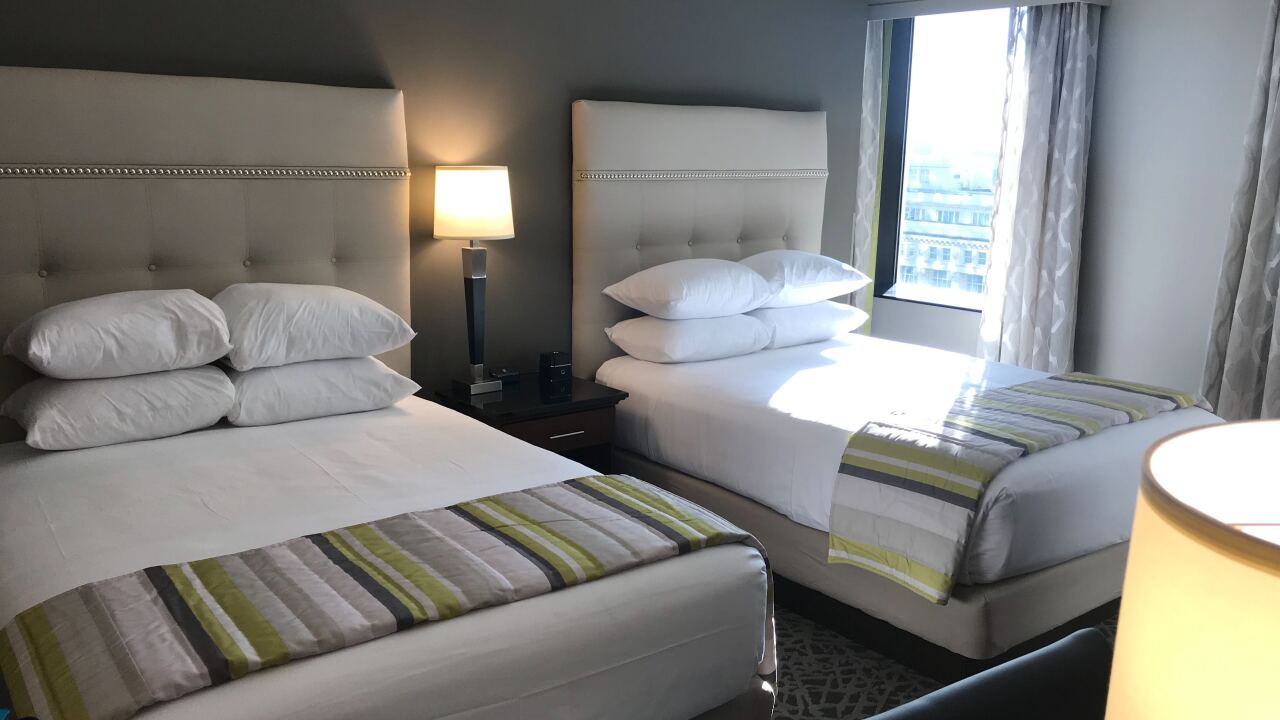 MILWAUKEE — Another Milwaukee hotel has opened its doors in advance of the Democratic National Convention in July of 2020, and the additional rooms could play a part in recruiting conventions down the road.

The Drury Plaza Hotel held a soft opening this weekend. But the opening was good practice for busy weekends in the future. General Manager Chis Palid says the hotel was sold out for the Milwaukee Lakefront Marathon.

The Drury is housed in a historic building on Wisconsin Avenue and Water Street. The Eschweiler & Eschweiler designed building was built in 1928 but in the 1980's a remodel placed a facade over the original brick.

Drury Hotels gutted the inside of the building keeping small touches of the original interior and adorning the walls with photographs of Milwaukee.

Palid, a Wisconsin native is excited to bring his carrer back to the Badger state and work in the new hotel.

"It's a piece of history and a piece of Milwaukee that we're excited to be a part of" says Palid. The company purchased the building before the DNC was even on Milwaukee's radar.

Palid sites new growth opportunities as key in the decision to come to the Milwaukee market.

"I think a lot of the same reasons that Milwaukee was chosen for the DNC, hotels are chosing to build here" said Palid.

Visit Milwaukee Senior Vice President of Sales Marco Bloemendaal says the addition of new hotel rooms will be beneficial down the road when his organization is trying to attract conventions.

"Most convention attendees as well as planners really look at the close proximity around the convention facilities because they want the attendees to stay as close to where the meeting is taking place" said Blowmendaal.

The Drury Plaza is located less than a mile from the Wisconsin Center. The hotel is open to customers now, but completely booked around the DNC in July of 2020.