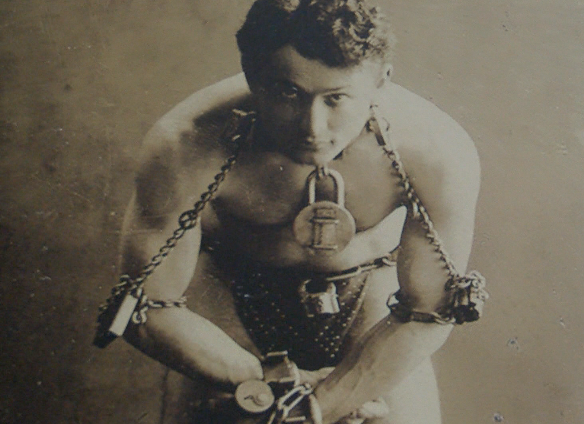 A new exhibit chronicling the famous magician, Harry Houdini, is coming to Milwaukee.

MILWAUKEE — Fun Fact: Harry Houdini, born Ehrich Weiss, lived in Milwaukee for four years as a child. Some say they were the formative years to him becoming a world-renowned performer.

"Specifically looking at his very formative years here in Milwaukee, which is really when he got on his path to studying and getting excited about magic," Molly Dubin, the curator at Jewish Museum Milwaukee said.

A new exhibit is coming to Jewish Museum Milwaukee called 'Inescapable: The Life and Legacy of Harry Houdini.' It chronicles his life coming to the U.S. from Hungary, his nearly 10 years living in Wisconsin and his connection to the state's Jewish community.

He lived in Milwaukee for four years. Some say it's where his love for performance and magic started. @JewishMuseumMKE pic.twitter.com/K7zstMG5hy

Houdini's family lived in Appleton in the 1880s when his father was the rabbi of a congregation there. Later, his family moved to Milwaukee. They lived in five different homes across the city when he was between eight and 12-years-old.

For those looking to learn the tricks of trade, there will be sections, and even interactive experiences to show the process Houdini went through. However, the infamous straitjacket routine will remain a mystery.

"That we won’t teach you," Dubin said.

Although, you will learn about how Houdini, the man known for his mystifying escapes, and Ehrich Weiss, the son of a Rabbi, were completely different people.

"Harry Houdini was a persona that was developed. Ehrich Weiss (and) Harry Houdini have different birth dates slightly different biographies, experiences, even though they are the exact same person," Dubin said.

The exhibit opens Wednesday and runs through Jan. 5.