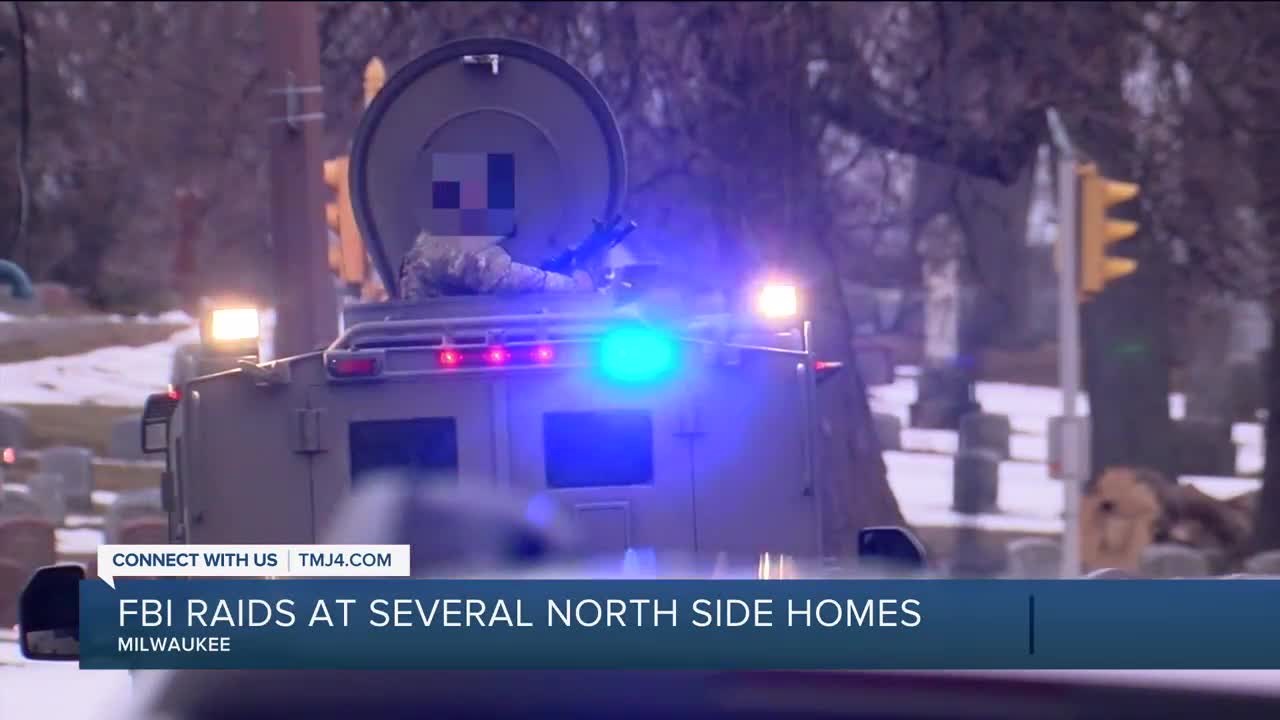 MILWAUKEE — Neighbors have questions and concerns following an FBI operation that affected several homes across Milwaukee.

Armored trucks and police covered in tactical gear were spotted across at six locations between 41st Street and North Richards early Tuesday morning.

"I think what woke me up was a squad car out there with the lights on," said Dennis Wiskerchen, who lives near one of the homes.

"I woke up to...It was the commander telling them to come out of the house with their hands up in the air," said neighbor Frank Thomas.

In some cases, our crews watched as law enforcement escorted people in handcuffs. The FBI confirms the scenes are tied to multiple search and arrest warrants. They declined to explain further.

"There's a lot of things that go through your mind. You never know what's going down," said Wiskerchen.

Thomas moved into his home about a month ago. While his street seemed like it was back to normal, he's concerned about what else goes on in the area. Thomas was more concerned about the kids in his house.

"They were kind of scared and crying," said Thomas. "It's just the fact that they had their guns out and stuff like that. My one daughter said and niece said look he got a big old vest on! It's like is somebody going to get hurt? I said no somebody did something wrong."

Aside from the homes that were served, Dobbins-Mays says the events impact people who live nearby.

"I think there's a feeling of being targeted of being heavily policed," said Rev. Dobbins-Mays.

She questions if this level of policing is necessary and fears it can have a lasting effect on the community.

"We're human beings. We have families. We are taking care of our children I think that that also needs to be considered heavily by police officers," said the reverend.

Authorities plan to hold a news conference to release more details on the operation Wednesday morning.