National media focuses on Milwaukee ahead of 2020 DNC 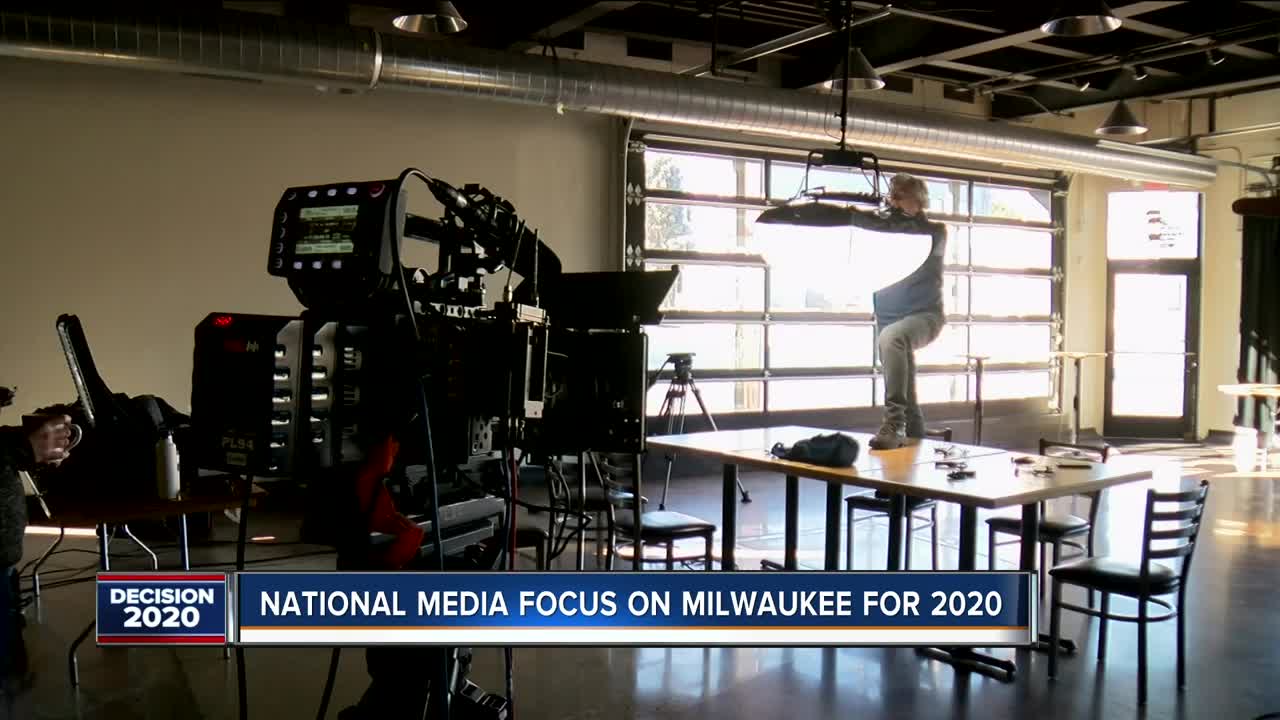 Outlets like NBC News are already on the ground to discuss politics with Wisconsin voters as part of their 'County to County' project. Charles Benson reports.

MILWAUKEE-- After Wisconsin proved to be a battleground state during the 2016 presidential election, national media organizations have started to focus on local voters as the race for 2020 begins. But will Wisconsinites be turned off, or turning out for the upcoming presidential election?

It's a question that concerns members of the 'Meet The Press' production crew, prompting them to travel to the Midwest to discuss politics with Wisconsin voters.

"The real reason we are here is African American turnout is a huge story in this election," said Dante Chinni, a contributor with NBC's Meet The Press.

Chinni is in Milwaukee to discuss the 2020 election with African-American voters as part of NBC's 'County to County' project, focused on 5 key battlegrounds that may determine who voters elect in November.

The past several years haven't been considered good for democrats voting in Milwaukee. Hillary Clinton received nearly 40,000 fewer votes than President Obama in 2012.

Clinton never campaigned in Wisconsin during the past general election, but Donald Trump did. Turning the state red for the first time in 30+ years.

"A lot of 2016 was more about Hillary Clinton than people realized. There was a lot of Clinton fatigue," said Chinni.

However, Chinni says that the problem runs deeper than Clinton and predates Presidents Trump, Obama and Bush. It concerns the issues that are important to African-American voters.

"There is some talk among voters here - among African American voters, that we keep putting people in and we need someone to address our concerns. We aren't really getting that," said Chinni.

Meet The Press is planning to speak with several Republican and Democratic voters across the state for their 'County to County' project to measure voter turnout and enthusiasm. For more information on the initiative, click here.