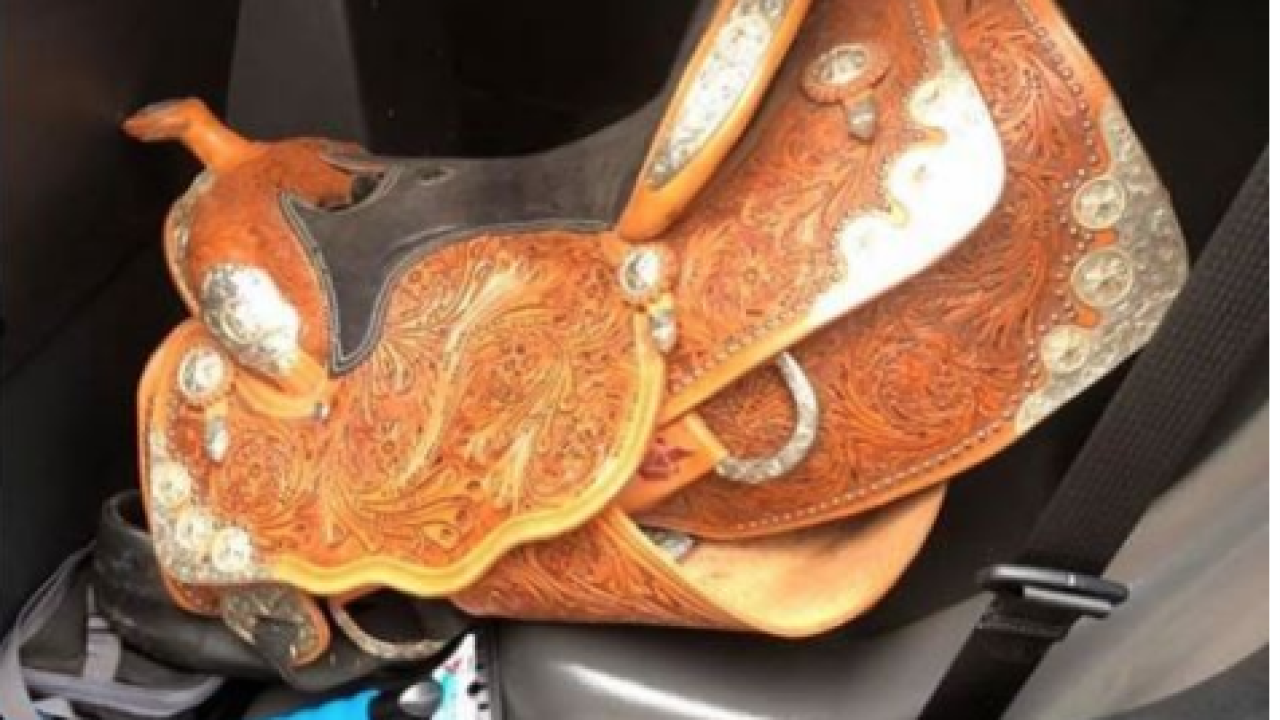 EAU CLAIRE COUNTY — The Eau Claire County Sheriff's Office is hoping the public can help find the owner of a lost horse saddle.

Officials say they were called by a man who who returned home after a long weekend and found the saddle sitting in his garage.

The homeowner told police he doesn't own a horse and none of his neighbors were missing a saddle.

If you know the owner of the saddle, the Sheriff's Office says it is now sitting in their garage and is asking that you give them a call on their non-emergency number (715) 839-4972.