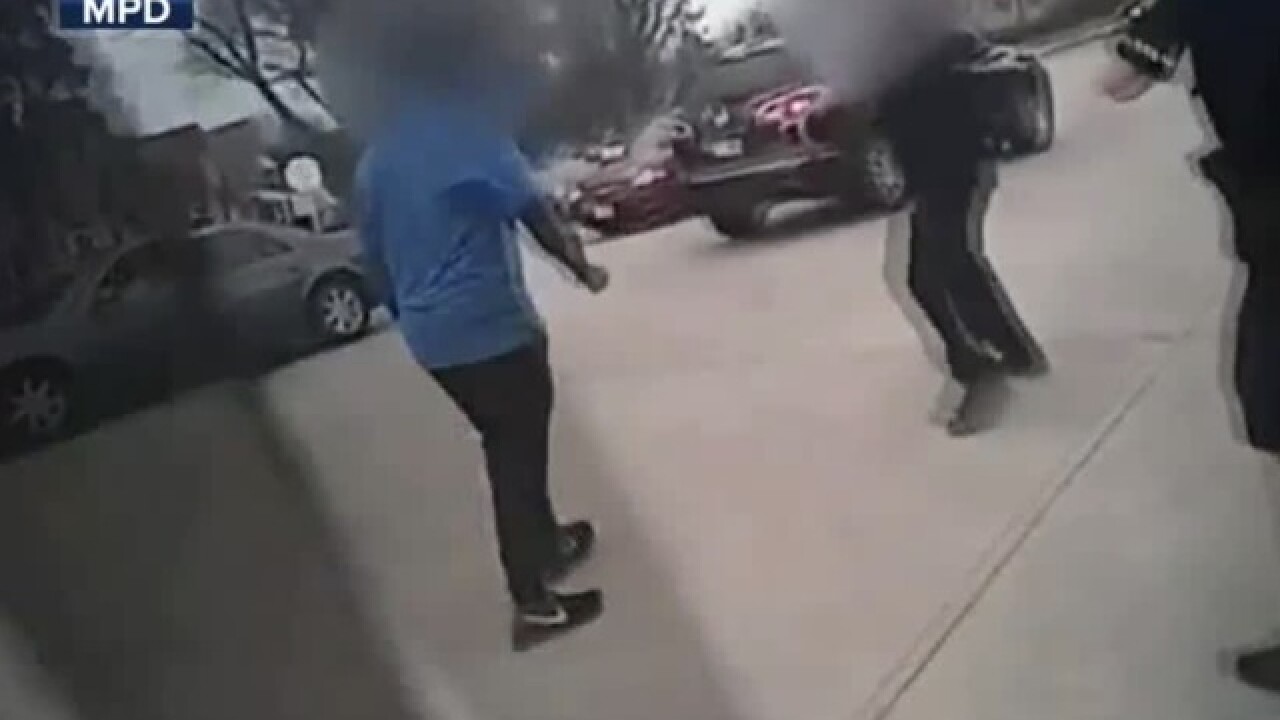 MILWAUKEE (AP) -- A Milwaukee police officer is on paid suspension and three others are on administrative duty after the arrest of a man who authorities say was suffering a mental health problem.

Video of the Wednesday evening incident shows the man fighting with officers, and officers punching the man while he was on the ground.

Neither the officers nor the 25-year-old man were immediately identified. The man was taken to a hospital with what police said were non-life-threatening injuries and was expected to have a mental health exam.

Police say one officer suffered facial injuries and three others had swelling and bruises. All were treated and released.

Crivello released the following statement Friday about the incident:

We [MPA] stand-by the officers involved!

I remind ALL: Use of Force is always dictated by the subject under investigation… simplest of terms, ZERO [0] resistance EQUALS [=] ZERO [0] force… the choice is that of the individual causing the need for police involvement.

Could this incident have been resolved with less hands on? Possibly. Properly equipped officers certainly could have resolved the incident sooner; with less [or NO] injuries to all involved, both to the citizen perpetrator and the responding officers.

Were TASERs available, but locked-down by supervision?

If so, why? The answer is YES… POSTED at the District check out/in window was the following [in-part]:

NO Supervisor holds the authority, nor the right to endanger the lives of any of the officers we represent, or the lives of citizens we are all entrusted to protect!

While our officers recover [we are fortunate – this time], a swift investigation and satisfactory resolution needs to be met relative to the supervisor(s) that has endangered our community.

We will not idly stand-by while our officers are needlessly being placed in danger – regardless of agenda!

Our Officers deserve SUPPORT… in return they have pledged themselves as true-righteous Guardian/Warriors of our community. "