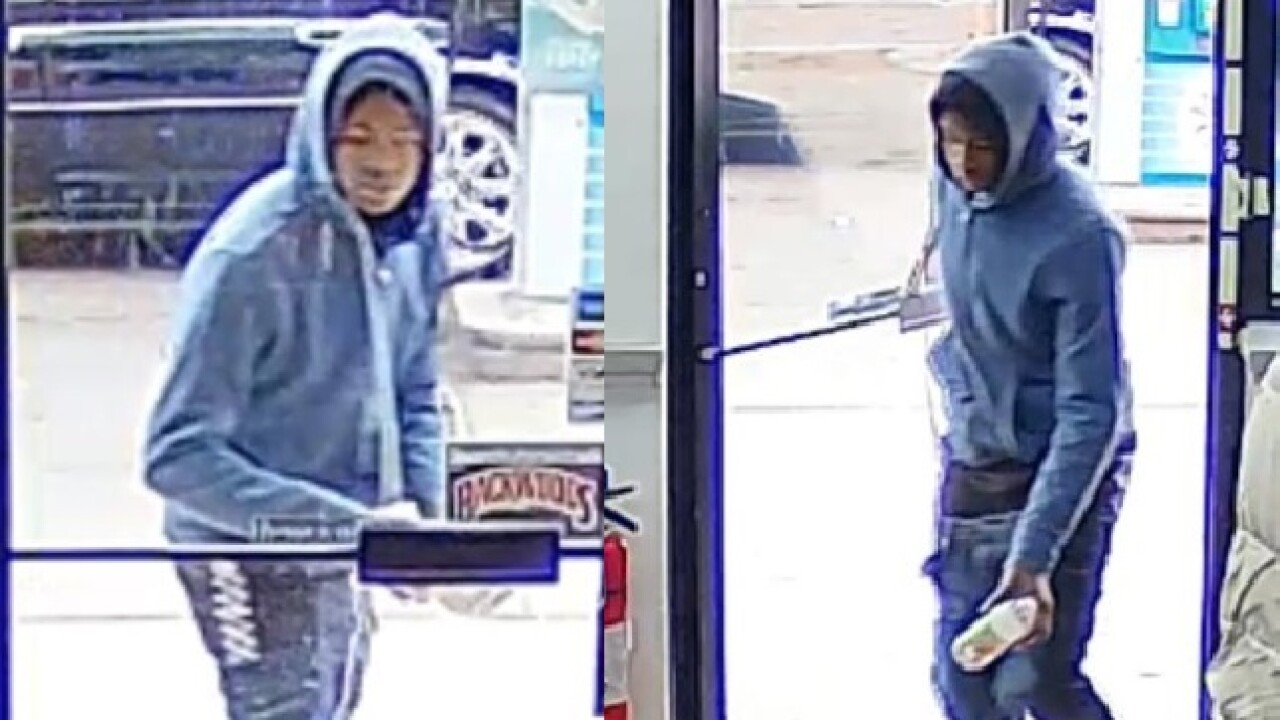 MILWAUKEE — The Milwaukee Police Deparment is asking for the public's help to find a teen for an armed robbery.

The suspect is described as 16 to 17 years of age, 5' 9" to 5'10", 150 to 160 pounds, and thin build. He was last seen wearing a blue hooded sweatshirt, dark pants, black shoes with neon green Nike swoosh and neon pink letters, and was armed with a silver handgun.

Police say the suspect, along with three other suspects, approached the victim and demanded his property. The suspect and two other suspects were armed with firearms.