Not a word was spoken by police or local residents who came out to watch.

Shortly after sunrise, around a hundred officers stood watch as a giant American flag was raised above the W. Silver Spring Dr. in front of District Four to accompany a makeshift memorial on top of a patrol vehicle overflowing with flowers and teddy bears in honor of Irvine. Vernon Addison couldn’t help but take notice. 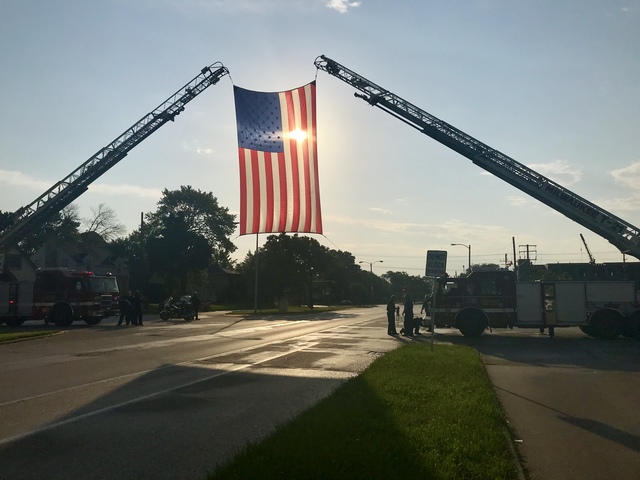 “I was home getting dressed, I looked at the traffic and I said, 'hold it, there’s something up,'" Addison recalled. “It was sad to see.”

Sametz is heartbroken for a man she never met.

“This is the only time I can give my regards to what happened,” she said.

The final goodbye came with an unfamiliar feeling for most of the officers in attendance who salute one of their own killed in the line of duty for the first time in 22 years.

A rush of police motorcycles weaved through the officers, leading the motorcade including Irvine’s family and friends en route to lay their loved one to rest. It’s a difficult reminder for Sametz of the sacrifice officers make to serve the community.

“They’re taking care of us as well as they can," she said. "Things do happen and they protect us.”
West Milwaukee Police lent several officers to help patrol the area so every officer from District Four could attend the funeral.

How to watch this year's Juneteenth parade on TMJ4