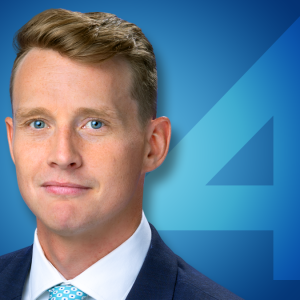 It isn’t just a local trend, The state’s Department of Justice reports there are fewer law enforcement officers in Wisconsin now than in more than a decade.

MPD’s law enforcement staff is at its lowest number in several years. The department says it currently has 1,671 law enforcement members, which is 191 short of being fully staffed based on their budget and grant-funded positions. Meanwhile, MPD says 110 officers are eligible for retirement.

Bormann believes there are several factors driving people away from the profession, from the dangerous nature of the job to low wages, and more recently, a lack of support in the community.

“A lot of our guys and gals don’t want to deal with the abuse that they get,” Bormann said.

Of its 191 vacancies, MPD says 87 are patrol officers. The rest include higher ranking positions like sergeants, captains, and assistant chiefs.

Some of those vacancies come from retirements which MPD says increased each of the past three years.

“You’re looking at 330 officers that could technically be gone by the end of this year and there’s no plan to replace them,” Bormann said.

Milwaukee’s Fire and Police Commission says it did not accept police officer applications last year due to planned budget cuts. The next class to graduate the police academy is early next year.

“We’ve come through a really challenging period with the pandemic and with the protests and that could be motivations for people to make other decisions that this is not the work for them, Sheriff Lucas said.

Wisconsin Department of Justice data shows it’s a statewide issue. There are currently 13,576 law enforcement officers in Wisconsin. That’s the lowest number in at least a decade. Law enforcement graduation rates show the same trend. 766 people entered the profession in Wisconsin last year which is the fewest in the past ten years.

"We’ve seen fewer applying now and certainly we’re seeing more come into the profession and after a very brief period either move out into another agency or move out of the profession altogether,” Sheriff Lucas said.

Several Milwaukee city leaders and members of the community suggested permanently shrinking the police force. This as violent crime in the city increased 34 percent during the pandemic. Activist Tracey Dent said it’s a complex debate.

“It’s like a double-edged sword because when you say fewer police officers, some of the community feels good about that because we’re trying to weed out all the bad officers,” he said.

Dent says given the uptick in crimes like shootings and reckless driving, he doesn’t believe now is the time to lose officers.

While MPD has ended each of the past six years with sworn officer vacancies, none come close to the amount the department is currently facing.