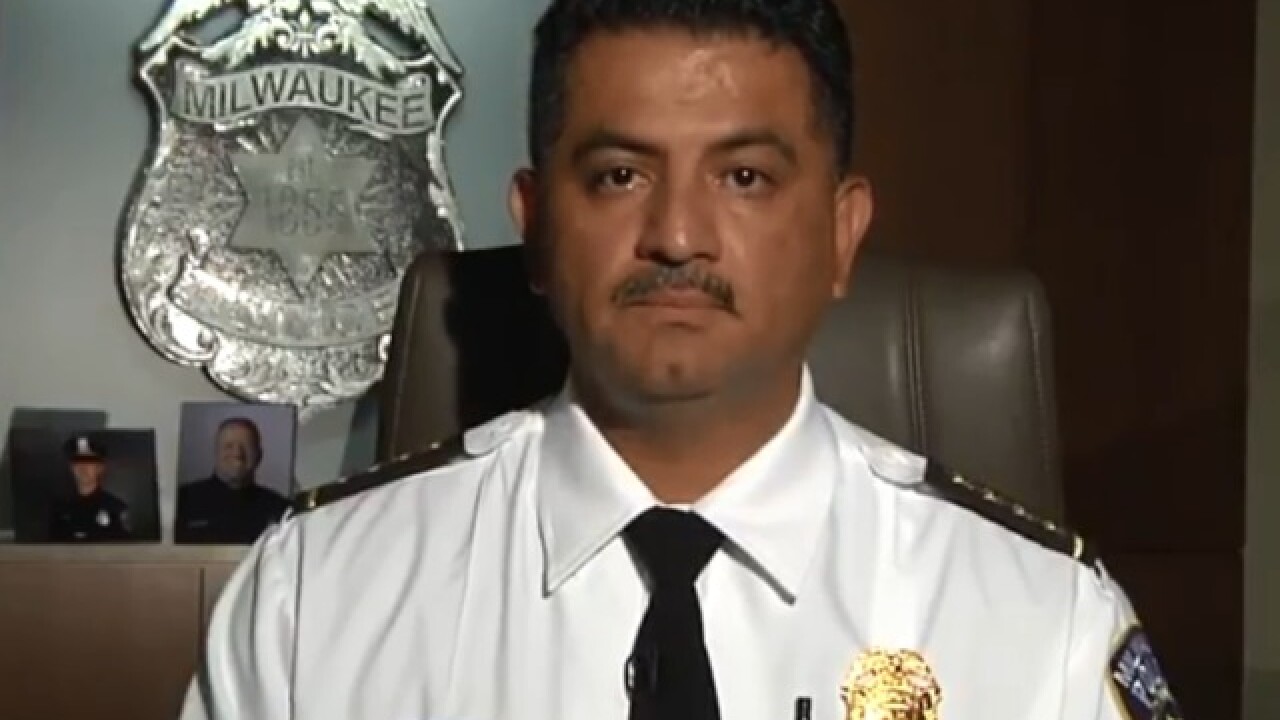 The Milwaukee Police Department released a video Friday of Chief Alfonso Morales thanking the community for the outpouring of support after two officers were killed in the line of duty this summer.

“We are your police department and want to thank you for your support. God bless you,” Morales said in the video.

Last week, Officer Michael Michalski was laid to rest after he was shot and killed by a suspect on July 25 while executing an arrest warrant.

On June 7, Officer Charles Irvine Jr. was killed in a rollover crash while in pursuit of a reckless driver.