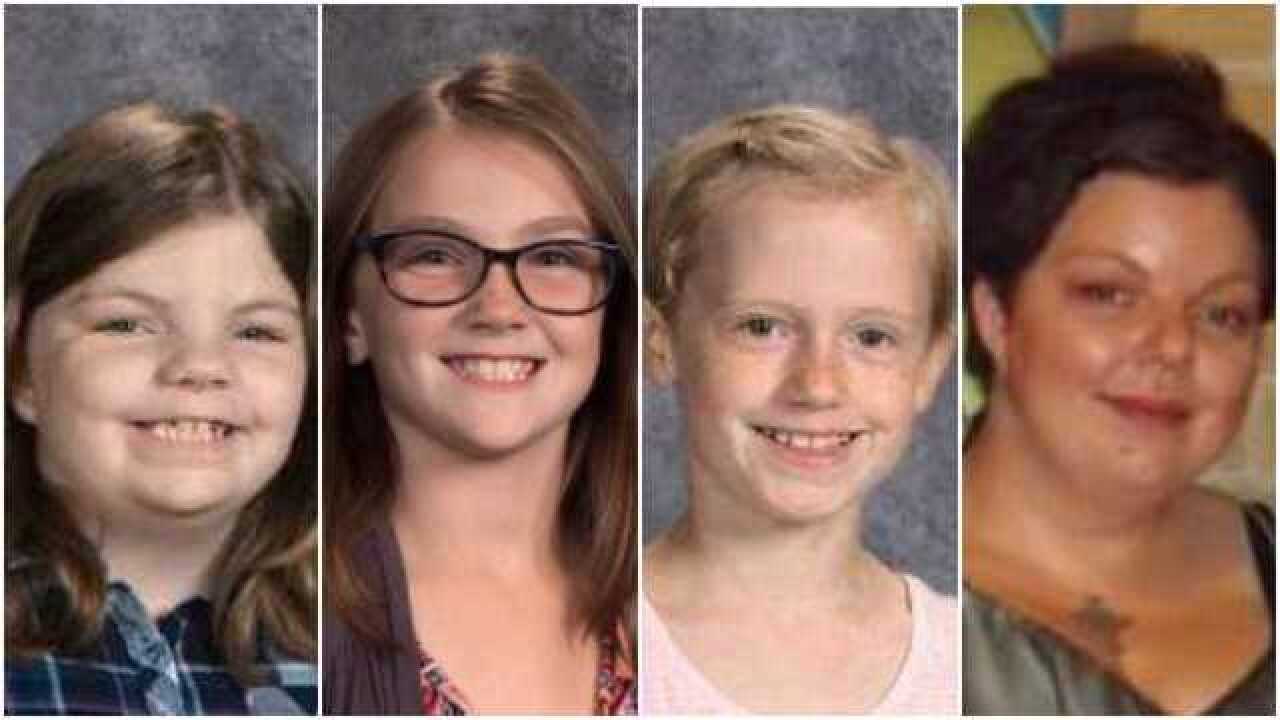 CHIPPEWA FALLS, Wis. (AP) — Hundreds of mourners are saying goodbye to three Girl Scouts and a mother who were struck and killed while collecting trash along a rural highway in northwestern Wisconsin.

At Chippewa Valley Bible Church Thursday, mourners filed past tables with children's drawings and easels filled with photos of Haylee Hickle and Sara Jo Schneider . Ten-year-old Haylee and her mother are being buried together in one casket. Girls Scouts, teachers, first responders at Saturday's crash, close friends and even strangers came to pay their respects, the Star Tribune reported.

"It's not really fair," said 16-year-old Jorie Reitan, whose mother baby-sat Haylee and her brother, Jasper. "They don't get the chance to do the things that they wanted to grow up to do."

The sounds of "Amazing Grace" faded as Rev. Jim Woldhuis began the service for Schneider, 32, and her daughter. He talked about the unfathomable loss.

"No hugs. No flowers or acts of kindness . will fully erase your pain," he said. "Your world has been crushed. Your joy stolen. Your sense of peace destroyed. My heart and our collective hearts break with you."

Thursday evening, across town, mourners waited patiently in the chilly November air to enter Our Saviour's Lutheran Church for a service for 10-year-old Autumn Helgeson. The Rev. Jeanne Warner said lives are forever changed with the loss of the four.

"Their presence will be missed. But in time, the pain will become less acute," Warner said.

Another difficult day lies ahead Friday for the small community 90 miles (145 kilometers) east of Minneapolis, when a funeral service will be held for nine-year-old Jayna Kelly.

The lives of the fourth-grade girls and one parent were lost Saturday morning. Members of the Girl Scout Troop 3055 and their chaperones were walking along County Road P near the Hwy. 29 overpass in Lake Hallie, collecting litter as part of a community service project, when a black pickup truck veered off the highway and struck them.

Vehicular homicide charges have been filed against 21-year-old Colten Treu .

According to a criminal complaint, Treu, of Chippewa Falls, and his passenger had been inhaling a computer keyboard cleaner to get high shortly before the truck struck the Scouts and Schneider. Treu is facing 11 criminal counts, including homicide by intoxicated use of a vehicle and hit and run. He is being held in the Chippewa County jail on $250,000 bail.

A fourth Girl Scout who was hit, 10-year-old Madalyn Zwiefelhofer, remains hospitalized at Mayo Clinic in Rochester after suffering an aortic rupture and injuries to her spleen, kidney and brain.